Iqaluit fire chief cautions homeless about use of Coleman stoves

“Technically, nobody should be living in unsafe structures … that is the safest way” 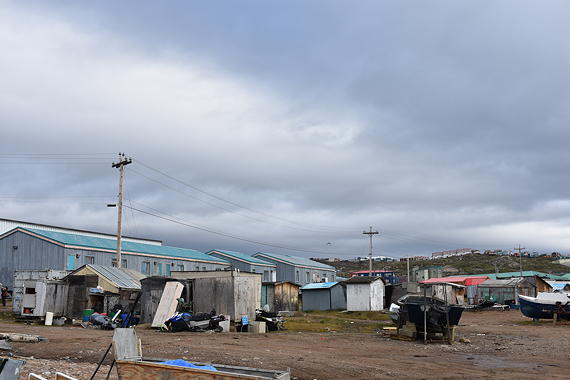 The Iqaluit fire department sees the most fires in the beach area where homeless people take shelter in abandoned beach shacks, boats and tents. (PHOTO BY COURTNEY EDGAR)

Whether the homeless along Iqaluit’s waterfront are taking shelter in a shack, tent or abandoned boat, the way they keep warm is often the same.

It’s with a Coleman stove. Unfortunately, these stoves are intended for cooking food for short periods of time, not for continuous heating overnight. Keep one of these stoves running for too long and it could produce sparks, fail to shut off or explode, says Iqaluit’s fire chief, Luc Grandmaison.

“Our citizens that live in those kinds of shelters use it to stay warm. It’s a misuse of the equipment so that’s where it causes a risk,” Grandmaison said.

The most common reason for Grandmaison’s department to receive a fire call is that some structure has been set ablaze along the waterfront.

“I am not sure if it is once a month―sometimes it is more―but it’s not always the same kind of structure,” Grandmaison told Nunatsiaq News at an interview in his office last month.

When these structures catch fire, it’s not always clear when someone is just camping or using it as a primary lodging over the long term.

The causes of beach fires may be accidental or arson but, no matter the motive, these fires are typically caused by Coleman stoves and their fuel source.

Grandmaison said he sees that naphtha fuel at every beach fire they put out. It’s also the most common fuel firefighters find at suspicious fires all across the city.

He said, in his experience, at least half of the fire calls he gets on the beach are classified as suspicious or arson. Injuries and death happen most often as a result of accidents, while arson and suspicious fires are typically set when no one else is around to get hurt.

As a safety precaution, Grandmaison suggests people living in these last-resort shelters along the beach should opt for non-combustible structures, like sea cans or metal sheds.

“You’re better off to have a small, steel container that doesn’t burn, rather than what burns,” Grandmaison said.

If someone has no choice but to stay in a flammable structure, Grandmaison said they should be separated from the neighbouring structure by at least 50 feet, so if one catches fire, it doesn’t spread.

Currently there are clusters of dozens of shacks near the Coast Guard station less than three metres apart. Some of them are used as homes.

The Coleman stoves should stay outside the shelter, Grandmaison also advises, but he said he understands that doesn’t help to keep anyone warm at night.

“Technically, nobody should be living in unsafe structures … that is the safest way,” Grandmaison said.

“Everybody should have the right to have access to safe structures so they can cook and stay warm. Nobody deserves to live in the cold and not have regular heat.”

In July, one beach shack fire ended up displacing five people. In recent years, other shack fires have resulted in injury or death.

But while the public may hear about a few of the larger beach fires through news reports, Grandmaison said many more never receive public attention.

At the recent shack fire that left five homeless, Grandmaison said he could see the despair in their eyes.

“It was not about the value, it was what it means to them,” Grandmaison said.

“I hope one day we can come together and reduce the frequency of these kinds of fires.”