“Mental health issues are obviously everywhere, so I’m trying to do what I can” 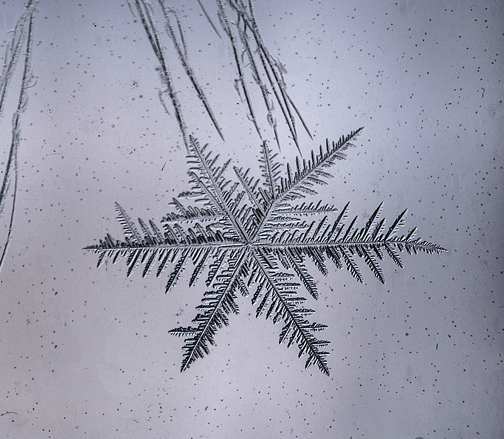 A photograph of a snowflake currently for sale on the Nunavut Images charity website. (PHOTO BY MARK ASPLAND) 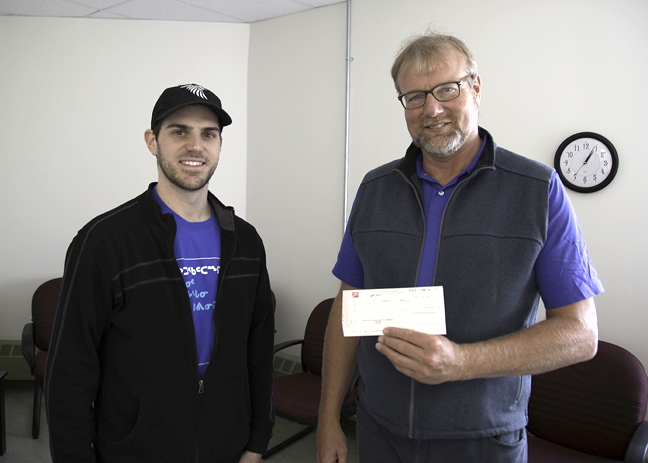 Mark Aspland, left, presents John Vander Velde, treasurer of the Kamatsiaqtut Help Line in Iqaluit, with a $3,000 cheque on June 26. Aspland has sold more than 150 photos and videos in an effort to raise funds for the help line. (PHOTO COURTESY MARK ASPLAND)

Mark Aspland, a videographer based in Iqaluit, is proving that good intentions can translate into good money.

Aspland, originally from Ontario but now working for Atiigo Media in Iqaluit, began selling stunning photographs and videos online in January to raise money for the Nunavut Kamatsiaqtut Help Line — a 24-hour distress phone-in service available to all Nunavummiut.

And so far, Aspland’s volunteer project, aimed at helping those with mental health problems, has netted the helpline $3,000.

“I didn’t realize that I’d get up to $3,000. I wasn’t sure if I would bring in much money, but I knew if I brought in anything, it would help out,” Aspland told Nunatsiaq News July 3.

“So it made me feel pretty good about contributing,” Aspland said.

Those who have bought photos hail from across Canada, Aspland said, and often told him about their own experiences with mental health issues.

An old high school friend, for example, found Aspland’s website and bought a photo, saying mental health is a big issue in his family.

“He wrote saying that he’s really happy and proud that I did this,” Aspland said.

A few months later, Aspland said he found out his friend’s brother had recently committed suicide.

“Mental health issues are obviously everywhere, so I’m trying to do what I can.”

The support and encouragement the Iqaluit photographer has received, from both locals and those buying the pictures and videos, keeps him motivated, Aspland said.

And the constantly changing natural scenery in Iqaluit — from sunsets and sunrises to northern lights and ice formations — keep him busy researching, scouting and staking out new locations to capture.

The subjects in Aspland’s online pictures range from a single snowflake — with all of its tiny edges in focus — to a sky filled with ribbons of northern lights above an expanse of ice that stretches to the horizon.

Taking each photo comes with its own set of challenges, Aspland said.

“The picture of the snowflake was taken when I was indoors, and it was nice and warm. A lot of those huge landscape shots, of northern lights in particular, it was like minus 40 or minus 45 outside.”

Aspland said he plans to continue to take photos as diverse as possible to keep raising money for the help line.

And Aspland has recently expanded his charitable photography efforts by selling photos on Iqaluit’s Sell/Swap Facebook page, raising $500 for the Iqaluit food bank.

In the future, Aspland said he hopes other photographers from across Nunavut will donate photos to sell on his website.

“I find if there’s more community members involved, there’d be a better chance of success. I’d love any photographs,” he said.

And those who think their photos don’t meet a certain standard shouldn’t be discouraged, Aspland added.

“Photos really depend on other people’s perspectives, not just yours. That’s why my website is an open website. If anybody wants to submit photos, that’d be fantastic.”

You can visit Aspland’s website to buy, submit or look at photos here.