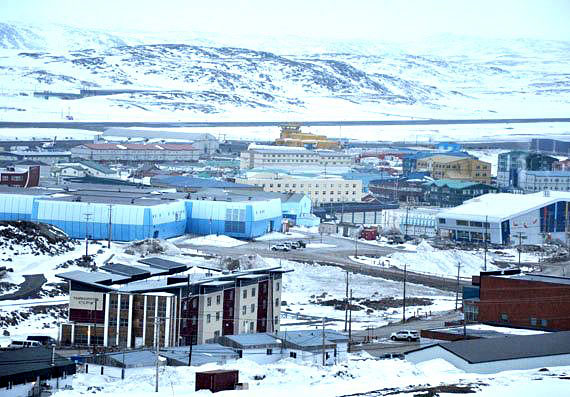 A male youth and an adult woman face charges related to the armed robberies of taxi drivers in Iqaluit. (PHOTO BY SARAH ROGERS)

A male youth and an adult woman accomplice face charges related to the armed robberies of two Iqaluit taxi drivers.

Both suspects appeared in Iqaluit court on Thursday, Oct. 4 on charges of armed robbery, wearing a disguise with intent to commit a crime and conspiracy to commit an offence, the Iqaluit RCMP said in a news release on Oct. 5.

The first robbery was reported on the evening of Sept. 25, when a single suspect allegedly pointed a gun at a cab driver and demanded cash. The driver wasn’t physically injured, but the suspect got away with a small amount of cash, on foot, the RCMP said.

Police were unsuccessful in tracking down a suspect until another robbery occurred early on Oct. 4.

Iqaluit RCMP officers responded to that incident at 1:45 a.m., noting it had a similar pattern to the Sept. 25 robbery: a weapon used to demand cash.

In the second case, there were two suspects: a male and a female accomplice.

They both face three charges related to the robberies, while the male suspect faces an additional charge of uttering death threats.