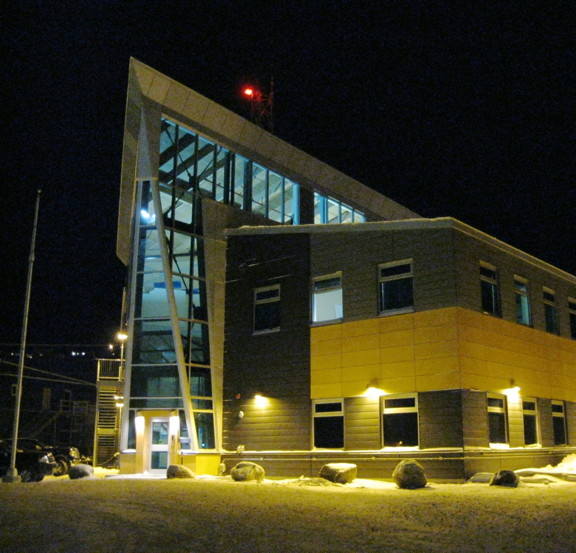 Iqaluit’s RCMP detachment reported an ongoing decline in police arrests and detentions since 2009. The detachment’s priorities for 2014 include checks for vehicle safety violations, and added efforts to combat bootlegging and drug-trafficking. (FILE PHOTO)

Police arrests in Iqaluit have been declining progressively since 2009, according to the city’s RCMP detachment, even though calls for service continue to grow as the city’s population increases.

In a quarterly briefing to Iqaluit city council, Staff Sgt. Monty Lecomte reported that his detachment made 2,672 arrests and detentions in 2013, almost six per cent less than the prisoner count of 2,832 for 2012.

That decrease is part of a larger decline since 2009, when police made 4,012 arrests.

These increases are not just a reflection of Iqaluit’s growing population, however.

Lecomte noted that criminal records checks are included in these figures. The detachment is typically asked to do these for job applications and work-related purposes.

Alcohol and drugs “continue to be the major contributing factor to crime in Iqaluit,” Lecomte said.

The detachment launched a “crime reduction unit” in Dec. 1 to target such offenses.

Lecomte reported that one of the biggest “high-profile investigations” of 2013 was a pedestrian-motor vehicle accident in July, in which a four-year-old boy was killed.

“This incident I’m sure touched almost all the people of Iqaluit, including members of the detachment and other emergency personnel,” Lecomte said.

The city’s increasing population also brings with it a growing number of vehicles every year. With that, the detachment also took up traffic enforcement as a priority, starting in the fall of 2013.

In September, police began a vehicle-stop initiative, checking 100 to 200 vehicles monthly to verify all paperwork and safety standards.

Most of these checks result in warnings to update expired license plates, vehicle registrations, insurance and licenses, Lecomte said, with a small fraction resulting in tickets and criminal code violations.

“People driving around without insurance, and even drivers licenses and such being expired – is actually turning into a huge concern,” Lecomte told city council.

Police have checked about 1,000 vehicles since the start of the initiative in September for “various violations,” he said.

“With the number of stops that we’ve made, we’ve written very few tickets. Most people have gotten warnings. It’s more of an education process than anything,” Lecomte said.

In November, for example, police stopped 194 vehicles for checks, and issued 183 warnings – complete with deadlines to resolve violations, he said.

RCMP teamed up with municipal enforcement to issue tickets, at first, which drew questions from city council last December.

Deputy-mayor Mary Wilman asked if police were continuing to work with the municipality.

“In November and December these initiatives were just ours,” Lecomte replied. “We have in the past partnered up with bylaw on different occasions, and we will be doing that again in the future.”

Coun. Noah Papatsie said he was concerned about cellphone use by drivers, and asked if police check for this.

“I know in other parts of the country, it’s a direct offense to use a cellphone. That hasn’t been adopted here yet,” Lecomte said.

Council last discussed cellphone use at the wheel in a meeting with the city’s chief of municipal enforcement, September 2013. Council found that distracted driving laws are typically covered at provincial levels elsewhere in Canada.

Council then resolved to take a proposal for a distracted driving bylaw to the territorial government, through the Nunavut Association of Municipalities.

In closing his report, Lecomte invited council to “identify areas of concern” for RCMP in Iqaluit for 2014 and 2015.