“Iʼm excited for the festival” 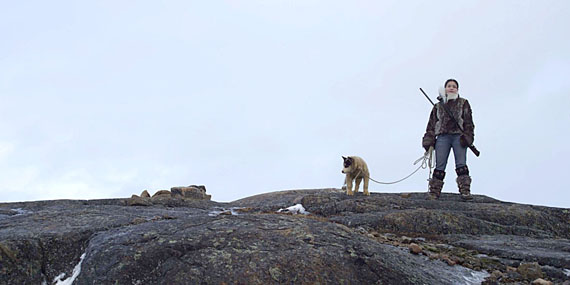 Rankin Inlet actress Ippiksaut Friesen is featured here in a scene from the Iqaluit-produced short film Throat Song, which has been selected to premiere at the Toronto International Film Festival in September. (PHOTO COURTESY)

An Inuit-produced film from Nunavut has been selected to premiere at this year’s Toronto International Film Festival.

An August 10 press release describes Throat Song as a “visually striking film that touches deeply on issues of abuse and suicide in Nunavut.”

The film centres on a young Inuk woman named Ippik, played by Rankin Inlet actress Ippiksaut Friesen, who is caught in an abusive relationship.

When Ippik starts a job as a victims witness worker, she begins to recall where her abusive relationship began.

Friesen is starring in her first lead role, but Throat Song is not the first film she’s worked on.

The Rankin Inlet actress also animated and directed The Dimming, which was recently selected to screen at the TIFF’s student showcase last May.

“I got into Throat Song through an acting workshop that I did in 2009.

[The director] Miranda noticed me and offered me the role,” she said in the release. “Miranda and I hit it off, Stacey kept everything moving and I loved every bit of making [the movie].

“It was my first time being part of a film and Iʼm excited for the festival.”

Friesen will attend the premiere, along with de Pencier and Aglok MacDonald.

Aglok MacDonald says the chance to walk down the festival’s red carpet is a huge achievement from her first foray into filmmaking as a new Nunavut Sivuniksavut graduate.

In the mid 2000s, Aglok MacDonald was part of a team of young Inuit who interviewed the key players of Canada’s in four Inuit land claims regions for a documentary.

“From there, I realized how amazing film was,” she told Nunatsiaq News. “You can do anything you want with it — it has no limits.”

Now Aglok MacDonald is based in Iqaluit, where she runs her own video and cultural arts business, called Puhitaq.

After its Toronto premiere, Aglok MacDonald plans to enter Throat Song in a few other film festivals before planning its first screening in Nunavut.

The film was produced with financial support from the Nunavut Film Development Corp. along with the Kitikmeot Economic Development Commission.

Throat Song is one of 43 short films screening as part of the festival’s Short Cuts Canada program and the only film produced in one of the northern territories.

The film screens in Toronto Sept. 11.