Nearly half of all cars, trucks that police pulled over had expired insurance, registration 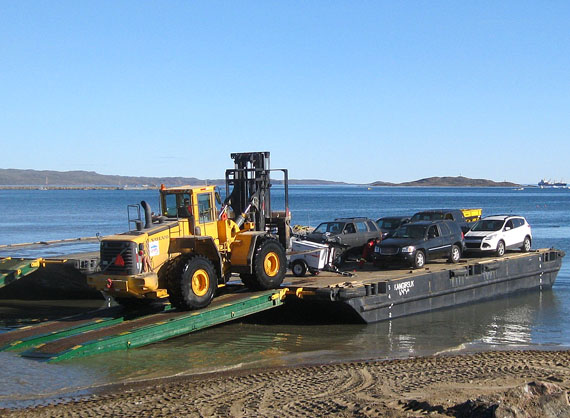 Iqaluit residents imported some 349 passenger vehicles and trucks into the city via sealift in 2014. (PHOTO BY PETER VARGA) 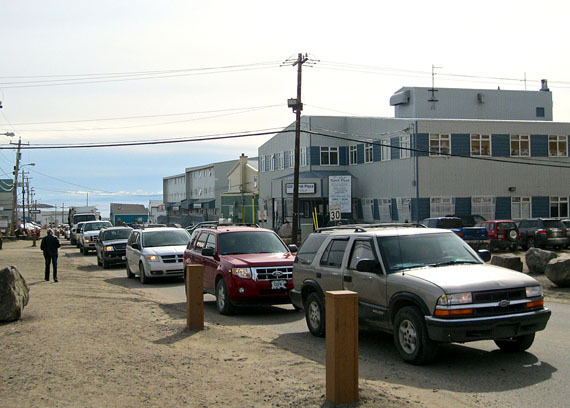 RCMP in Iqaluit found about 45 per cent of vehicles on the city’s streets were not registered or insured in the fall of 2013, when the detachment started checking cars and trucks for paperwork. A year later, that figure down to as low as seven per cent — but the RCMP promise to continue checking as residents bring in hundreds of new cars and trucks every year. (PHOTO BY PETER VARGA)

In the fall of 2013, when RCMP officers hit the streets of Iqaluit to check vehicles for their paperwork, they were baffled and stumped by what they found.

Almost half of the cars and trucks cruising the city’s streets were not registered or insured.

“It was quite a staggering number,” said Staff Sgt. Monty Lecomte. Drivers usually had paperwork on hand and Nunavut license plates in the right place.

But plates, registration and insurance cards were expired, or out of order in 45 per cent of the cars and trucks they checked.

Most drivers pled ignorance, claiming they never noticed their paperwork had expired.

A year later, after consistent checks to vehicles every month, the figure is down to well below 30 per cent.

“Most if not all of the violations are from drivers with Nunavut plates,” Lecomte told Nunatsiaq News.

An expired plate is easy to spot — just check for the expired sticker.

Renewal takes nothing more than a visit to the motor vehicle’s office, but even so, “the most common excuse drivers give is they simply forgot to do it,” Lecomte said.

The first sign that the detachment’s message started to hit home came in the summer, when police found 29 per cent of Iqaluit’s cars and trucks to be out of order.

From June to August police stopped 229 vehicles, and gave 68 warnings for expired registration or missing insurance.

“The numbers up to September are not great, but they are moving in the right direction. Once we get into September the numbers look very good.”

The most recent sign of promise came through on Sept. 5, when the detachment checked 150 vehicles as part of a one-day impaired driving campaign. Only 10 vehicles were found to be unregistered or uninsured – amounting to seven per cent.

The detachment continues to check cars and trucks.

“It’s an ongoing thing,” Lecomte said. “People are getting educated and starting to realize this is an issue.”

The checks may have brought drivers back in line with the law, but the detachment knows it can’t let up on vehicle checks in a growing, fly-in–fly-out community that imports hundreds of vehicles every year.

Most of Iqaluit’s cars and trucks come in via the yearly sealift, when ice-free waters allow ships to unload barge-loads of supplies on the beach from June to the start of October.

Their final count of passenger vehicles for Iqaluit for 2014 came to 349.

Of these, NSSI sent in 199 passenger cars and trucks, and NEAS reported close to 150 vehicles by the start of October.

Last year’s sealift brought in 265 passenger cars and trucks, and close to the same amount in 2012.

Iqaluit’s most recent tally of legally registered road vehicles — including heavy trucks, buses and motorcycles — comes to 5,388, according to Nunavut’s department of Economic Development and Transportation.

Although the growing number raises questions and concerns every so often, the City of Iqaluit’s department of municipal enforcement says traffic is nowhere near gridlock – and certainly nowhere near the same volumes experienced in Canada’s major cities.

“It’s common knowledge that the intersection at Four Corners is always busy at certain timeframes,” said Kevin Sloboda, Iqaluit’s chief of municipal enforcement — pointing to Iqaluit’s busiest intersection in the city centre, where a pedestrian was struck by a boat trailer Oct. 9 in the morning.

Those times are predictable.

“On your lunches, when you’re going to work and coming home from work. Everybody travels at the same time, pretty much,” he said. Slowdowns at Four Corners and a few other intersections along the city’s ring road amount to “a few minutes of delay” at most, the chief said.

“I get the odd complaint of people saying we should have a man standing there [at Four Corners], directing traffic,” he laughed. “But truthfully, having people standing there to direct traffic would cause more back-up.

Sloboda said municipal enforcement is most concerned about odd driving and parking habits.

The most common involves drivers who veer onto the left side of two-way roads, to then park their vehicle in the wrong direction, facing oncoming traffic.

“That’s just one offense that you see happen every day,” he said.

Sloboda anticipates parking in the city centre will become an issue as traffic volumes increase, and more buildings go up. Paved spaces added in the centre over the past year will eventually fill up as more cars hit the roads, he said.

“You’re going to see more problems with parking as more cars come in.”