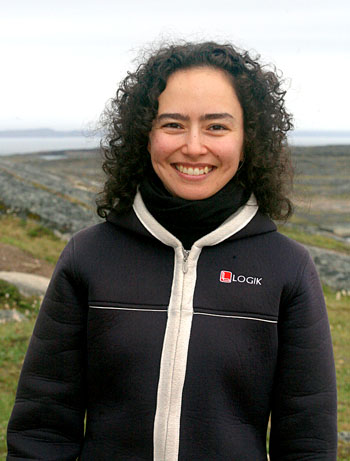 Tuutalik Boychuck is taking her first run at elective office with a campaign focusing on education issues. (PHOTO COURTESY OF TUUTALIK BOYCHUCK.) 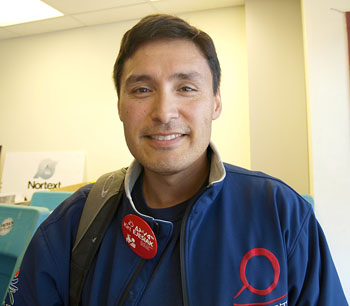 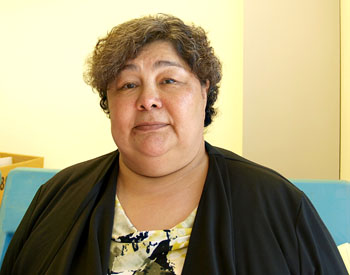 The day after Sept. 12 will mark the first time the MLA for Iqaluit West is someone other than Paul Okalik.

The former premier held the seat since its inception in 1999, winning two straight landslides before narrowly defeating former Iqaluit mayor Elisapee Sheutiapik in 2008.

Okalik vacated the seat earlier this year to mount an unsuccessful run as the Liberal candidate in May’s federal election. Sheutiapik originally said she’d run in the September by-election, but has since pulled out.

That leaves a field of three — Monica Ell, Kirt Ejesiak and Tuutalik Boychuck — contesting what might be Nunavut’s most diverse riding, with a wide-ranging mix of cultures, languages, incomes and social conditions.

Boychuck spent her early childhood in Iqaluit, Rankin Inlet and Repulse Bay, but grew up in Yellowknife.

She returned to Iqaluit in 2009 with two bachelor’s degrees and a master’s of education, and now works a policy analyst at the education department.

The well-being of children, and ensuring they get an education, is at the top of her list of issues.

She wants to start by clarifying who at the Government of Nunavut is in charge of making sure kids get to school in the morning.

Boychuk also wants to get rid of mandatory homework, because kids from unstable homes often live in environments where it’s simply impossible for them to get that homework done.

“If we can try and equalize the environment in which school work is done, then that means that more chance of equal opportunity for kids to succeed in school,” she said.

She said the departments of Education and Health and Social Services are working more closely together, but should speed up the process.

“It’s not just about throwing money into these issues,” she said. “I think what’s more important than money is a vision of what can work.”

But she said Nunavut does need to make more mental health services available, especially for children.

Kirt Ejesiak is taking his first shot at territorial office. He’s run a communications business, served as a city councillor, ran for the Liberal Party the federal election and even once worked as Okalik’s chief of staff.

He agrees that Nunavut needs to step up efforts to improve its mental health services and while he acknowledges the GN needs to spend more on the problem, he said HSS is already “taxed to the limit.”

“It’s very apparent that we don’t have enough mental health workers,” he said.

Nunavut’s mental health issues, along with its housing shortage and poverty problem, are holding many Nunavummiut back from the labour force at a time when mining companies are scouring the territory for workers.

Ejesiak, who also serves as vice president of the Canadian wing of the Inuit Circumpolar Council, said he wants to team up with the City of Iqaluit to fight for some of the big-ticket infrastructure that the city has been eyeing for years, like a hydroelectric dam and a port.

But he said one thing he won’t do to push that agenda is seek the cabinet seat that was vacated earlier this year when former education minister Hunter Tootoo was elected speaker of the Legislative Assembly.

Monica Ell, who works as the director of the Inuit Broadcasting Corp. in Iqaluit said she doesn’t want to make specific promises during this election campaign because whoever wins will likely only have one year in office.

That’s because, while a general election doesn’t legally need to be called until October 2013, elections are traditionally held every four years, putting the next one in 2012.

“I can’t make big promises but I can say that I’m going to be committed 100 per cent to being an MLA for the constituents,” she said.

But she said she agrees with Boychuck and Ejesiak that Nunavut needs more mental health services within its borders.

Too often, she said patients have to leave the territory for mental health services, while the communities have to rely on limited numbers of fly-in health care workers.

“The bottom line is people need to have jobs,” she said. “We need more money in our pockets to buy things.”

And she said the Nunavut Housing Corp. needs to not only build more houses, but also fix up some of the existing housing stock.

Ell gave the example of a public housing unit that was gutted by fire more than a year ago and stands charred and boarded up.

“Every morning [neighbours] open the door and the first thing they see is a burnt house.”

Voters in Iqaluit West, as well as Pangnirtung and Tununiq, go to the polls Sept. 12.

Advance ballots may be cast at the local returning office any day between Aug. 29 and Sept. 8. There are also ways to vote via mobile poll, mail-in ballot and by radio or satellite phone while out on the land.

Elections Nunavut also has an online tool for Iqaluit residents who aren’t sure which of the city’s three ridings they live in.

All of this information is available at www.elections.nu.ca.