Canada will continue fight against EU seal ban at WTO Sealskin jackets made in Nunavut hang on display at a NAFFEM fur show, which takes place this year April 28 to April 30, in Montreal. (PHOTO BY JANE GEORGE) 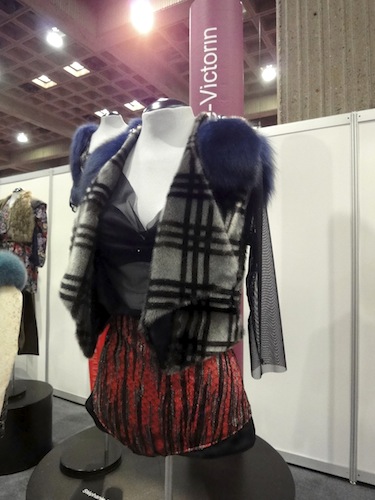 Sealskin is dyed and cut into exotic garments like these on display at a NAFFEM fur show, which takes place this year April 28 to April 30 in Montreal.

The statement, from Aglukkaq and fisheries minister Keith Ashfield, follows a decision of the General Court of the European Union April 25 that dismisses an application made in 2010 by Inuit Tapiriit Kanatami and about 20 other parties that was aimed at overturning the 2009 seal import ban.

“Our government’s position has been clear: the ban on seal products adopted in the European Union was a political decision that has no basis in fact or science,” the two ministers said.

In 2011, Canada asked the WTO to appoint a panel to hear their complaint against the EU seal ban, which Canada says amounts to an illegal restriction on trade.

“The Canadian government will continue to send a strong message that we are serious about defending our legitimate commercial seal harvest,” the Conservative statement said.

That WTO panel is expected to hold a hearing on the seal ban challenge on April 29 and April 30 in Geneva, Switzerland.

Aglukkaq and Ashfield also used the issue to take a swipe at the federal Liberals, who have done well in recent public opinion polls following the election of their new leader, Justin Trudeau.

“Despite Liberal members’ efforts to destroy the livelihoods of Canadian sealers, our Conservative government will continue to fight for hunters and their families,” the statement said.

And the two ministers bragged that only the Conservative party is capable of representing hunters and people who live in remote coastal communities.

“While members of the Liberal Party continue to demonstrate a lack of understanding for this way of life in remote communities, our government understands that the seal provides healthy, traditional sustenance for many coastal Canadians, practical and beautiful pelt products and jobs for many families in rural areas,” the Conservative statement said.

Also on April 25, the two Canadian organizations that launched the failed application, Inuit Tapiriit Kanatami and the Fur Institute of Canada, said they may decide to mount an appeal within two months.

In its decision, the court ordered that ITK, the Fur Institute and the other parties to the application must pay court costs that the European Commission incurred while defending its seal import regulation.

The court ordered that the European Parliament and the Council of the European Union must pay their own court costs.

In a statement, Terry Audla, the president of ITK expressed bitter disappointment with the General Court’s decision.

And he slammed EU officials who pointed to an exemption that allows seal products from animals hunted by Inuit to be exported to Europe.

“The EU has no authority to speak on what is best for Inuit. We Inuit have been telling the EU all along that the ban is not good for us. But their colonial, holier-than-thou attitude toward us and their self-serving interests have not resulted in a fair or just process for Inuit,” Audla said.

Rob Cahill, the Fur Institute’s executive director, said the EU ban hurts all sealers, whether they are Inuit or non-Inuit.

The Government of Nunavut weighed in also, saying that the replacement value of seal meat caught in Nunavut is likely equal to about $5 million worth of food each year.

“Seal pelts, the useful byproduct of the hunt, are sold to offset the costs of harvesting activities and the high costs of northern living,” the GN statement said.

James Arreak, the Nunavut environment minister, said the GN will continue to help seal hunters and try to find markets for their pelts.

“The Government of Nunavut, along with its fur marketing partners – the Government of the Northwest Territories and Fur Harvesters Auction – has been working to market sealskins internationally,” the GN statement said.

The Arctic Council’s 2011 Nuuk Declaration said that new observer applicants must demonstrate respect for the aboriginal peoples of the Arctic.

“The EU has demonstrated repeatedly that it does not support Canada’s sustainable use of renewable resources. The EU demonstrated this through its actions on Canada’s seal hunt and its recent lack of support at CITES on the polar bear harvest,” NTI president Cathy Towtongie said.