“We need to talk about some of the critical issues facing Inuit today.” 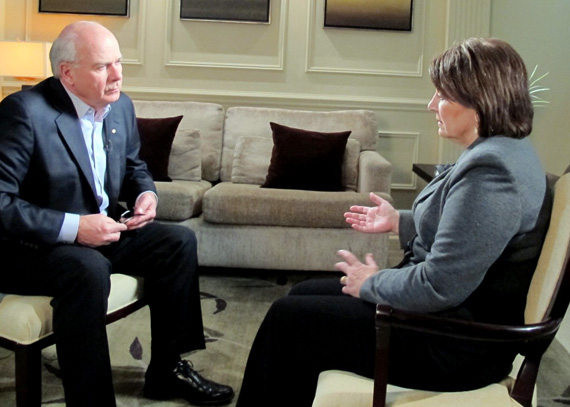 Following the Crown-First Nations gathering held in Ottawa this week, when Harper sat down with representatives from the Assembly of First Nations, Simon said ITK hopes to pursue its own Inuit-focused discussion with the prime minister and other federal cabinet members.

“We want our own Inuit-specific meeting to focus on Inuit and Arctic issues,” she said. “We need to talk about some of the critical issues facing Inuit today.”

Some of the issues Simon would like to see on the agenda include how to improve education in Inuit regions, as well as the provision of mental health services.

Both are issues that Simon said prevent Inuit from taking full part in their work force.

The ultimate goal: to host a Northern meeting with Inuit leaders, the prime minister, cabinet ministers and premiers of the Inuit-inhabited territories and provinces, all at the same table, Simon said.

ITK did not participate in the Jan. 24 summit of First Nations chiefs because – as Simon noted publicly this week – Inuit have a distinct identity from Canada’s First Nations and Métis peoples.

Inuit are constitutionally recognized as a distinct group through their culture and jurisdictions, she said.

And that’s what explains the need for a separate meeting, she said, which she hopes could correspond with the prime minister’s next trip North.

Simon hopes Inuit leaders will pick up on the federal government’s willingness to revisit its relationship with Canada’s aboriginal peoples, as she observed from the First Nations summit.

“Anytime there’s a meeting with the prime minster, it can be labeled as important — although we have to consider the results,” Simon said.

But it’s yet to be seen if the government will commit to further talks with aboriginal leaders.

The Crown-First Nations gathering was called by Harper in the midst of the Attawapiskat housing crisis in northern Ontario last December, when some residents of the Cree First Nation were revealed to be living in shacks and tents, with no water or sewage services.

“Our people cannot wait,” Atleo told the gathering. “They insist that we stop lurching from crisis to crisis. They ask us to begin anew, to re-build understanding and trust as the way forward.”

-With files from Postmedia News.