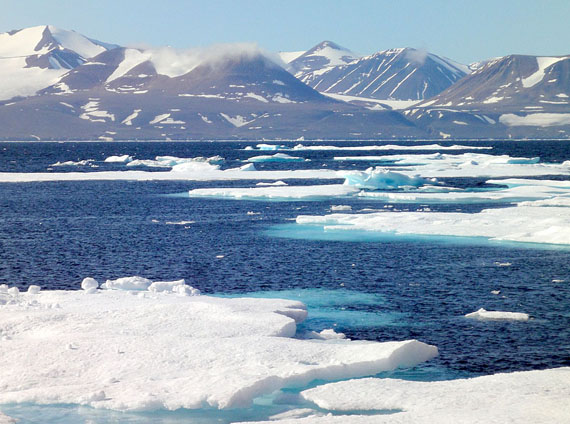 A view of Lancaster Sound. Though it has been proposed as a national marine protected area, it is surrounded by areas believed to be rich in oil and gas reserves. An action plan that would put meat on the bones of an binding Arctic Council treaty, signed in 2013 on oil spill prevention and response, now may be in jeopardy, a Russian newspaper reported last week. (PHOTO BY JANE GEORGE) 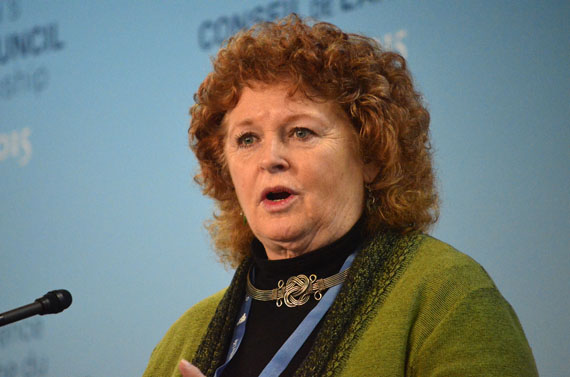 Bad blood between Canada and Russia, arising from the Ukraine conflict, threatens to derail the expected signing of an Arctic Council oil-spill response action plan this April 24 in Iqaluit, the Russian-language newspaper Izvestia reported last week.

In the article, published online March 24, Izvestia claimed that Foreign Affairs Minister Rob Nicholson does not want to be seen at the Iqaluit meeting with senior Russian officials.

Izvestia, which follows an editorial line that is highly sympathetic to the Putin regime, based its story on interviews with senior Russian officials.

The Arctic Council makes all decisions by consensus — which means its agreements require the consent of all eight nation states and a single dissenter can block any deal.

Canada’s Department of Foreign Affairs and International Trade has not yet responded to a request for comment that Nunatsiaq News made last week.

The oil spill action plan flows from a legally binding agreement on oil spill prevention and response that the eight Arctic Council minister signed at their May 15, 2013 meeting in Kiruna, Sweden.

At that meeting, the Arctic Council ministers mandated the creation of an international task force which was given the job of producing an action plan for the eight ministers to sign at the April 2015 meeting in Iqaluit.

Known by the awkward acronym “TFOPP,” short for Task Force on Arctic Marine Oil Pollution Prevention, the group has been beavering away at this work since 2013.

At a meeting in Helsinki this past Nov. 24 and Nov. 25, the task force polished off its document and prepared it for presentation to senior Arctic officials, or SAOs.

By the end of the five meetings they’ve held since 2013, task force members agreed the oil spill response action plan will be a non-binding agreement.

And in Helsinki, they agreed to change the title to “Framework Plan.”

In a summary released last November, they said the name change “best represented the nature and purpose of the non-binding document better.”

The task force was also to have presented the action plan at a meeting of Arctic Council SAO’s in Whitehorse this past March 2 to March 5, the last such gathering prior to the big ministerial meeting to be held later this month in Iqaluit.

An Arctic Council press release issued March 6 said that following the Whitehorse meeting, projects intended to “protect biodiversity, enhance emergency preparedness and response, protect the marine environment, and assess and address pollutants in the Arctic,” will end up as “deliverables” for the Iqaluit meeting.

The Izvestia article said although the oil spill response action plan may not be signed in Iqaluit, no one has “refused” to sign it and that a signing may occur at “a later stage.”

Robert Papp, the Arctic special representative for the United States, which will assume the chairmanship of the Arctic Council later this month, has said the crisis in the Ukraine should not get in the way of co-operation with Russia in the Arctic.

“The United States and the other six, minus Russia, all believe that we should, for the good of the Arctic, for the environment and other important issues, we need to keep Russia in the fold and keep communications open,” Papp said after a speech given this past March 12 at the Brookings Institution in Washington.

The U.S. and the European Union have imposed a series of punitive economic sanctions on Russia following the use of Russian troops to occupy and annex Crimea in 2014.

Following the outbreak of the bloody conflict in eastern Ukraine last year, which has claimed more than 6,000 lives and displaced about a million people, the U.S. and the EU imposed more sanctions after evidence came to light of Russian military support for pro-Russian separatists.

Canada has followed suit with its own sanctions against Russia.

Canadians are now banned from doing business with a list of 88 Russian government officials and business people who are suspected of playing a direct role in the violation of Ukrainian sovereignty.