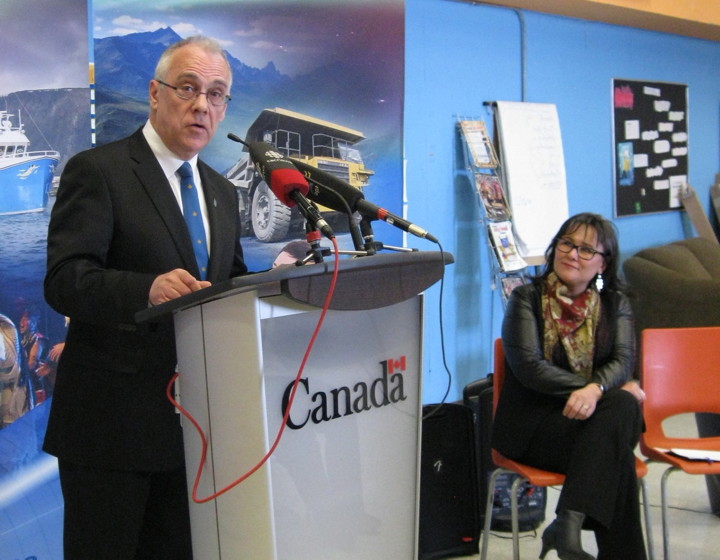 John Graham this past April, at one of his last public appearances in Iqaluit, an announcement of some federal funding to pay for an experimental gasification system for municipal waste. (FILE PHOTO) 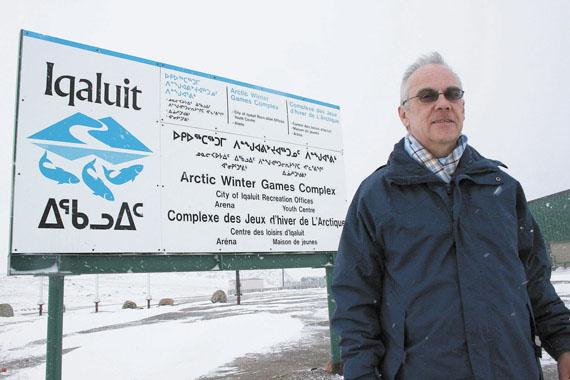 John Graham, who has yet to return from a long trip to Scotland, his home country, has quit as mayor of Iqaluit.

Graham told Iqaluit City Council about his decision June 24, in a letter they received just a few hours before the start of their regular meeting.

Wilman will continue to perform the mayor’s duties for the time being.

She has acted as mayor ever since Graham left on vacation for Scotland in early May.

Councillors seemed stunned by the resignation.

“He hasn’t been here for over a month now and obviously there are things going on with him that are unrelated to the city,” said Coun. Romeyn Stevenson.

“I was very excited by the prospects for the future of the city of Iqaluit with him at the helm, and I’m sad that he won’t be there,” Stevenson said.

Now, council must make a decision on how to fill the vacant job.

“Council can decide either to let me continue as an interim mayor, or they have options to go out to election if they so choose,” Wilman said.

Council will discuss all the options at the next council meeting.

Iqaluit is more than a year away from its next municipal election in 2015.

Wilman would not say whether she will now take the mayoral position.

“I can’t really comment. I prefer not to comment on anything. I would like it to be solely open, and it’s open to discussion next meeting,” Wilman said

On June 11, some councilors asked questions about Graham’s lengthy absence, which began in mid-May.

Prior to that election, council had voted to raise the annual salary for the mayor’s job from $70,000 to about $109,000, with annual increases at a rate equal to those received by the city’s unionized workers.

That 2012 bylaw also said the mayor must work a minimum of 35 hours per week and be allowed to take four weeks of vacation each year.

During Graham’s absence, city council began work on another bylaw that increases the deputy mayor’s salary to the same level as the mayor’s if the mayor is absent.

That amendment passed a second of three readings at city council June 24.

“I’ve enjoyed it. I think I would be very proud to say we have done, and continue to do, the best we can.”

“Personally, it’s unfortunate, but that’s the decision he’s reached and I have no choice but to respect his decision.”

As mayor, Graham was a supporter of the city’s controversial $34-million aquatic centre, set to open in 2016.

Since his vacation departure, Iqaluit has been thrown into the national spotlight because of a continuing landfill fire that started May 20.

Graham managed the Iqaluit airport for 16 years before he became Iqaluit’s mayor and he was once the president of the Royal Canadian Legion in Iqaluit.

In a 2012 interview with Nunatsiaq News Graham said Iqaluit is the “only town he’s ever lived in.”

Born near Selkirk, Scotland, Graham, now 58, moved to Iqaluit in the 1970s to work as a clerk for the Hudson’s Bay Co.