“Every night we’re having bear problems, every single night” 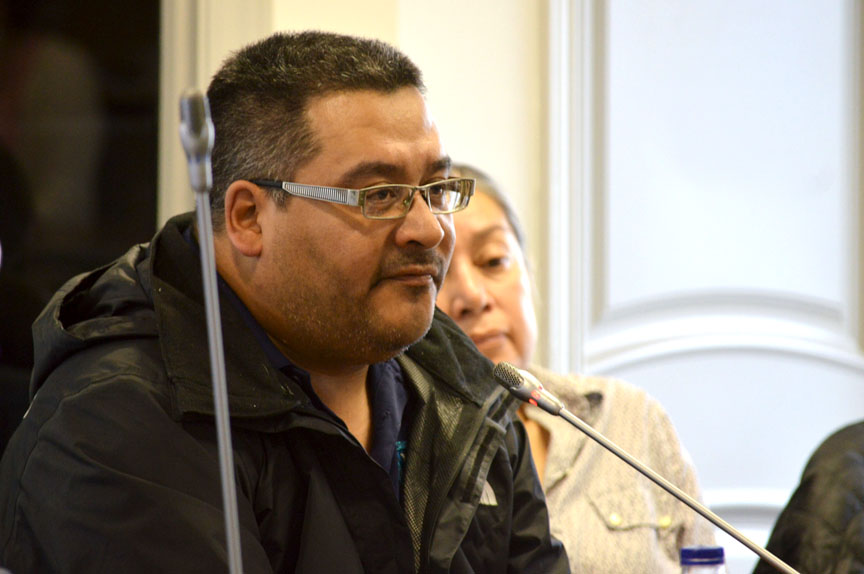 The president of the Kivalliq Wildlife Board, Stanley Adjuk of Whale Cove, says people in his region desperately need an increase in the total allowable harvest for polar bears. Right now, the quota stands at 28. (PHOTO BY STEVE DUCHARME) 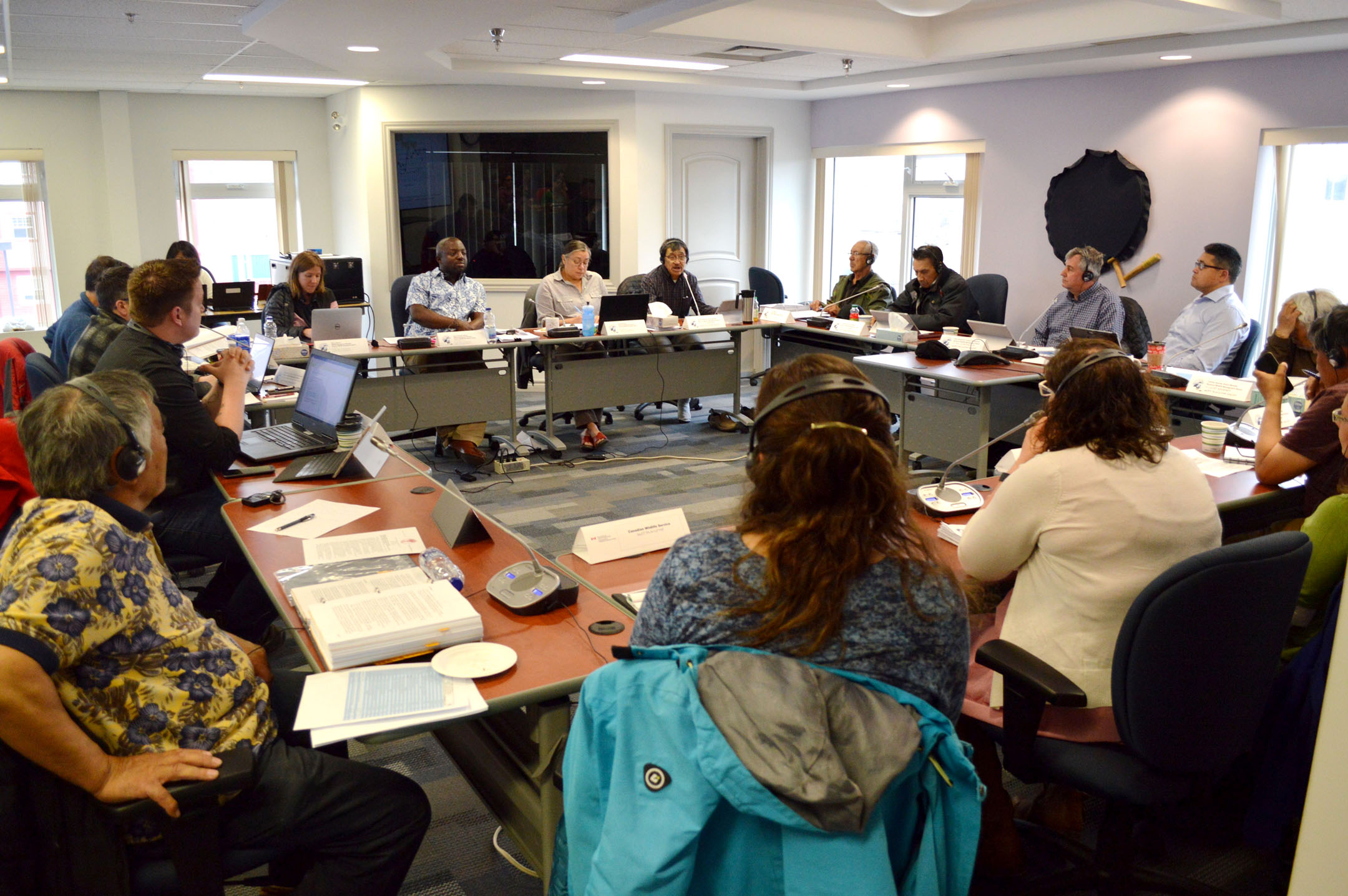 Although the Government of Nunavut wants quotas for Western Hudson Bay polar bears to stay where they are now, Kivalliq wildlife officials issued a desperate plea for more tags to protect their communities during a contentious meeting at the Nunavut Wildlife Management Board in Iqaluit, Sept. 11.

“Every night we’re having bear problems, every single night, and I’m not just saying it,” said the president of the Kivalliq Wildlife Board, Stanley Adjuk of Whale Cove.

“Our kids, our grandkids, we’ve got to watch them, every single night now.”

GN delegates at the meeting proposed a zero increase in the quota of 28 polar bear tags for Nunavut’s Western Hudson Bay subpopulation, following a summer aerial survey that showed a dip in bear numbers from 2011.

The NWMB tried to increase the total allowable harvest or TAH of Western Hudson Bay polar bears to 38 in 2015—returning to levels not seen since 2008—but that recommendation was shut down by Nunavut’s then-Environment minister, Johnny Mike.

According to the most recent survey, from 2016, there are an estimated 842 bears living on the western coast of Hudson Bay, down from 1,030 bears estimated in 2011.

The senior wildlife advisor to the GN, Caryn Smith, told the NWMB that the dip is admittedly a “slight decline,” but scientists believe the bear subpopulation is still “relatively stable.”

But that doesn’t mean the population can support a higher harvesting quota.

Smith didn’t rule out that different migration patterns by polar bears in the area might be responsible for the growing number of reported incursions into communities like Arviat and Whale Cove.

A fall aerial survey, while more difficult to coordinate, might explain the phenomenon, Smith said.

“We hear the communities saying that they are seeing higher bears and it’s at those times of year when we’re not doing the overall survey,” she said.

Adjuk admitted he was worried about the bear population declining too much, but added that there are simply “way too many bears” between Whale Cove and Arviat for residents to feel safe.

By following the TAH restrictions, Adjuk warned that disaster could be just around the corner, if bears continue to wander into hamlets.

“It’s so hard that you can’t just get them, because we follow the law too much,” he said.

“That’s what we’ve been saying lately, that we follow regulations so much that [bears are] going to kill someone someday, and I don’t know where we’ll have to turn to if that ever happens.”

The NWMB’s acting chair, Dan Shewchuk, said the GN’s recommendation to keep the quota at 28 bears was “a short term fix.”

The GN also proposed to “reset” credited polar bear tags in Western Hudson Bay communities, which could have been incurred by defense kills.

“I think globally, in the polar bear world, you may think that we’re appeasing people and doing the right thing, but what about the safety of the community… and what is practicable as a harvest?” Shewchuk said.

“That should be almost number one, in my priority, is the safety of people.”

“Its very difficult, almost impossible to recommend, from a scientific point of view, increasing the quota,” he told the NWMB board.

Gissing explained that the GN’s mandate is always to manage an animal population to net the highest TAH.

Artificially raising the TAH immediately would only result in decreasing the TAH later on as the population dwindles.

But Adjuk maintained his position. “Twenty-eight [polar bears] is not enough, and we all know it’s not enough, that limit, on the western Hudson Bay coast.”