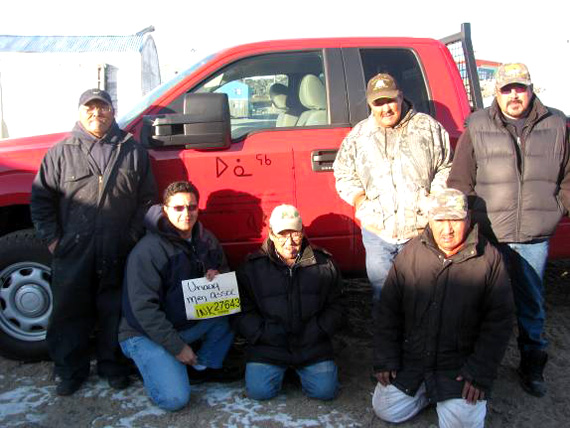 Communities across both Nunavut and Nunavik face a number of social and economic challenges.

But a network of researchers from across Canada says the social economy – that is, how residents and local organizations interact with economic development – can offer tools to help these communities cope.

“What we often forget is the traditional economy, which is very important to social well-being,” said Thierry Rodon, who holds Laval university’s research chair on northern development.

Rodon is a part of a group called the “Social Economy Research Network of Northern Canada,” which, over the past five years, has collaborated with universities, northern colleges, community organizations and students to examine northern Canada’s social economy.

The network met in Kuujjuaq Feb. 6 to Feb. 7, where Rodon presented some of his latest research on the role of Inuit organizations in Nunavut and Nunavik and how they encourage economic development among beneficiaries.

While traditional economy plays an important role in Inuit communities, Rodon said it is often overshadowed by the need to create modern industry to meet the demands of Northern populations.

“The North has been modernizing for a long time,” he said, “but it’s been difficult to keep up with the demands of the territories.”

In some cases, birthright organizations have combined the two and these are among the “success stories” that Rodon – and other presenters – helped to highlight at the Kuujjuaq symposium.

The Kativik Regional Government talked about the growth of its provincially-funded daycare network, which has allowed Nunavik’s parents to participate in the workforce, while providing preschoolers with early and regular exposure to the Inuit language and culture.

The organization’s treasurer, Tommy Palliser, made a presentation about the group at the Kuujjuaq symposium Feb.6, highlighting Unaaq’s new projects: a local recycling operation and a video production centre to capture elders on film documenting stories or teaching survival skills.

“We are still working hard create full-time jobs, help realize low-cost services, actively promote our traditional heritage and ultimately support the youth and prevent the social problems that arise in our community,” he said.

In 2012, Unaaq hopes certify local people in wilderness first aid training and conduct dog sled training, so local youth can offer their services to a growing tourism clientele coming to the region.

The association has also secured some support to create a small toy manufacturing operation that would produce traditional wooden toys to sell to daycare centres in Nunavik and Nunavut.

The group’s ultimate goal is to support local youth to “become confident in themselves (and) become strong leaders for our next generations to come,” Palliser said.

Palliser said the group is open to helping other communities establish their own associations, as Salluit recently did with its Kakivak Men’s Association.

Rodon said that efforts to organize at the community level will help as outside development grows across Northern regions, as many Nunavimmiut anticipate under Quebec’s Plan Nord.

“Nunavimmiut don’t necessarily know what [the Plan Nord] will bring other than it means opportunity,” Rodon said.

But mining projects don’t necessarily mean sustainable development, he added, which is where the need for social economy comes into play.

Mining operations require employees, he said, but there is an equal need for education and skills training programs to help local people fill those jobs.

As part of his ongoing research, Rodon is looking at the history of mines in the region and their impact on Inuit communities.

Rodon’s research chair position is funded in part by ArcelorMittal Mines Canada, along with Makivik Corp. and ArcticNet.

Rodon is also leading a three-year project that will make recommendations on how to establish a northern university and improve Inuit access to post-secondary education.