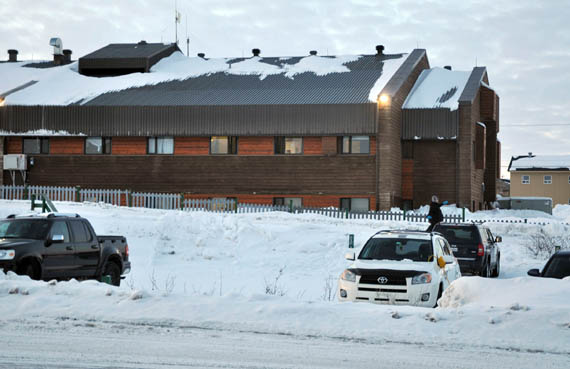 Chloé Labrie, who had worked as a medical technican at Kuujjuaq’s Tulattavik health centre since 2014, was killed at her Kuujjuaq home sometime on June 11 or June 12. Police have yet to make any arrests in the case. (PHOTO BY SARAH ROGERS)

Quebec police have arrested a man in connection with a suspected homicide that occurred this week in Kuujjuaq.

Sometime late June 11 or early June 12, a 28-year-old woman was killed in her Kuujjuaq home.

The victim has since been identified as Chloé Labrie, a 28-year-old medical technician originally from Victoriaville, Que.

Quebec provincial police, the Sûreté du Québec, announced on social media Wednesday afternoon that they had arrested a suspect who is being interrogated by investigators. The name of the man has not been released.

The SQ took over the investigation on June 12 and said its investigators had found “marks of violence” on the victim. By the end of the day, investigators said they considered the case a homicide.

Sources in the community told Nunatsiaq News that Labrie was shot, but the motive for any attack remains unclear.

Residents of Nunavik’s largest community of about 2,400 have called the death shocking and frightening.

Labrie had worked as a medical technician at Tulattavik health centre in Kuujjuaq for almost four years, since October 2014, said her employer.

“The Nunavik Regional Board of Health and Social Services and the Ungava Tulattavik Health Center wish to offer their most sincere condolences to the family and friends of Chloé Labrie,” said the health board’s assistant director, Fabien Pernet, in a June 13 email.

Pernet said that Tulattavik staff met with hospital managers on Tuesday and that support services have been offered to employees there who request it.