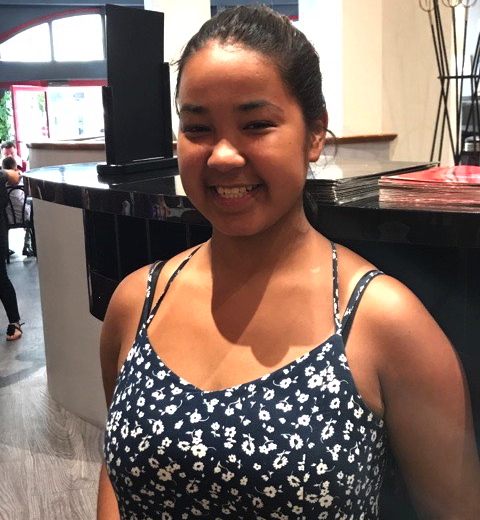 Alassua Hanson is happy to have arrived in France, after a 25-day journey across the Atlantic Ocean aboard a tall ship. (PHOTO COURTESY PYTOR HODGSON) 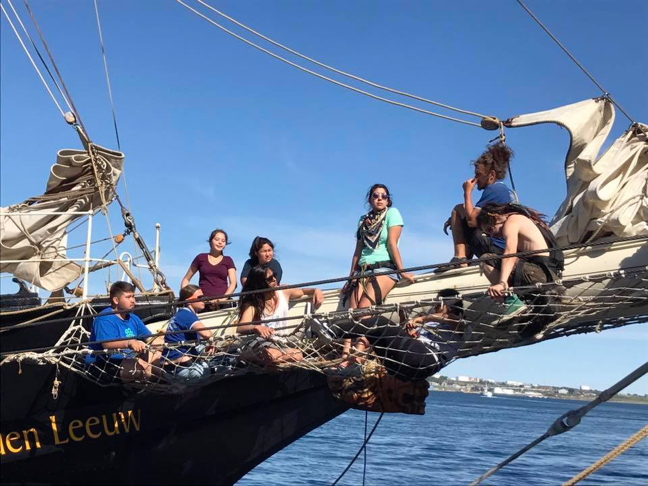 Some young crew members get to know each other aboard the tall ship Gulden Leeuw, while preparing to make their journey from Halifax to La Havre, France. (PHOTO COURTESY THREE THINGS CONSULTING) 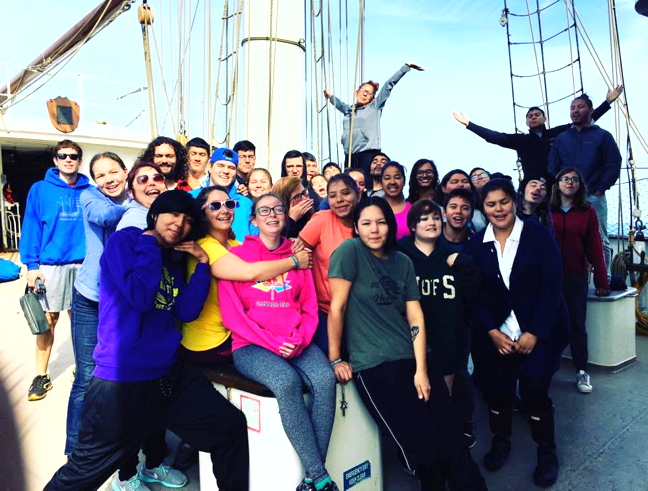 Indigenous youth from across Canada aboard the tall ship Gulden Leeuw. The crew of 45 are on their way back home from France after a 25-day sail training and leadership program that took them across the Atlantic Ocean. (PHOTO COURTESY PYTOR HODGSON)

Alassua Hanson will always remember being caught in a trans-Atlantic storm aboard a 54-metre three-mast schooner—where crew members were harnessed to the deck for safety.

“The ship was going side to side, people were slipping and sliding. It was very fun,” said the 16-year-old Iqaluit youth.

It was also a bit scary, she said. Though luckily she doesn’t get seasick.

Her sailor’s tale unfolded this month during a 25-day sail training and leadership program involving Inuit, First Nations and Métis youth from across Canada called Msit No’kmaq, which means All My Relations in Mi’kmaw.

A 45-member crew, aged 16 to age 24 took control of the tall ship Gulden Leeuw, a sturdy ice-class sailing ship built in 1937 for the Danish Ministry of Agriculture and Fisheries. It’s been used variously as a supply ship, a marine research vessel and as a training craft for the Danish nautical college.

And, as Hanson experienced, it’s still being used for training.

“I can’t believe we are already in France,” Hanson told Nunatsiaq News, only hours after putting her feet on solid ground for the first time in 25 days.

Working the sails was the most challenging part of the journey, said Hanson, who managed to get the job done without any blisters. The same can’t be said for many of her colleagues who bragged about their own raw hands, she said, and asked why she wasn’t working harder to have blisters of her own.

“But I didn’t listen to them. I know I worked hard enough,” she said, adding that climbing the rigging and watching for other ships was one of the more thrilling jobs.

Besides learning to sail the classic yacht—“I learned a lot about ropes and knots,” she said—Hanson also learned about other indigenous cultures from the youth on board, and shared stories of her own.

She told the crew the tale of the owl and the raven, and the traditional story behind the narwhal. She also gave a throat singing performance by recording her own voice and singing along with the recording.

Hanson’s application for the program, which outlined her goals and achievements and her pride in being Inuk, immediately stood out, said Pytor Hodgson, CEO for the trip’s organizing company Three Things Consulting.

“She brought wonderful heart and spirit to the program,” he said.

The group of youth who undertook the journey were known as: warriors of the red sea road.

“Warriors were the people who stood up bravely with courage and determination and love for their community and their people. They protected the land and the people and the culture,” Hodgson said. “This was not always necessarily done in battle.”

To help youth become these kinds of role models themselves, the sail program was set up to encourage the youth to care for their own physical, mental and spiritual health, so they could become strong leaders, or warriors, he said.

Hanson was set to arrive back in Iqaluit Aug. 28, after a weekend spent in Paris visiting the Eiffel Tower and other local attractions and then flying back to Canada.

It is also supported by a long list of supporters and funders, mainly Aboriginal and Atlantic Canadian. Each participant was required to pay $1,500 to cover flights, ground transportation, meals and programming.