“The overall cause is considered unknown” 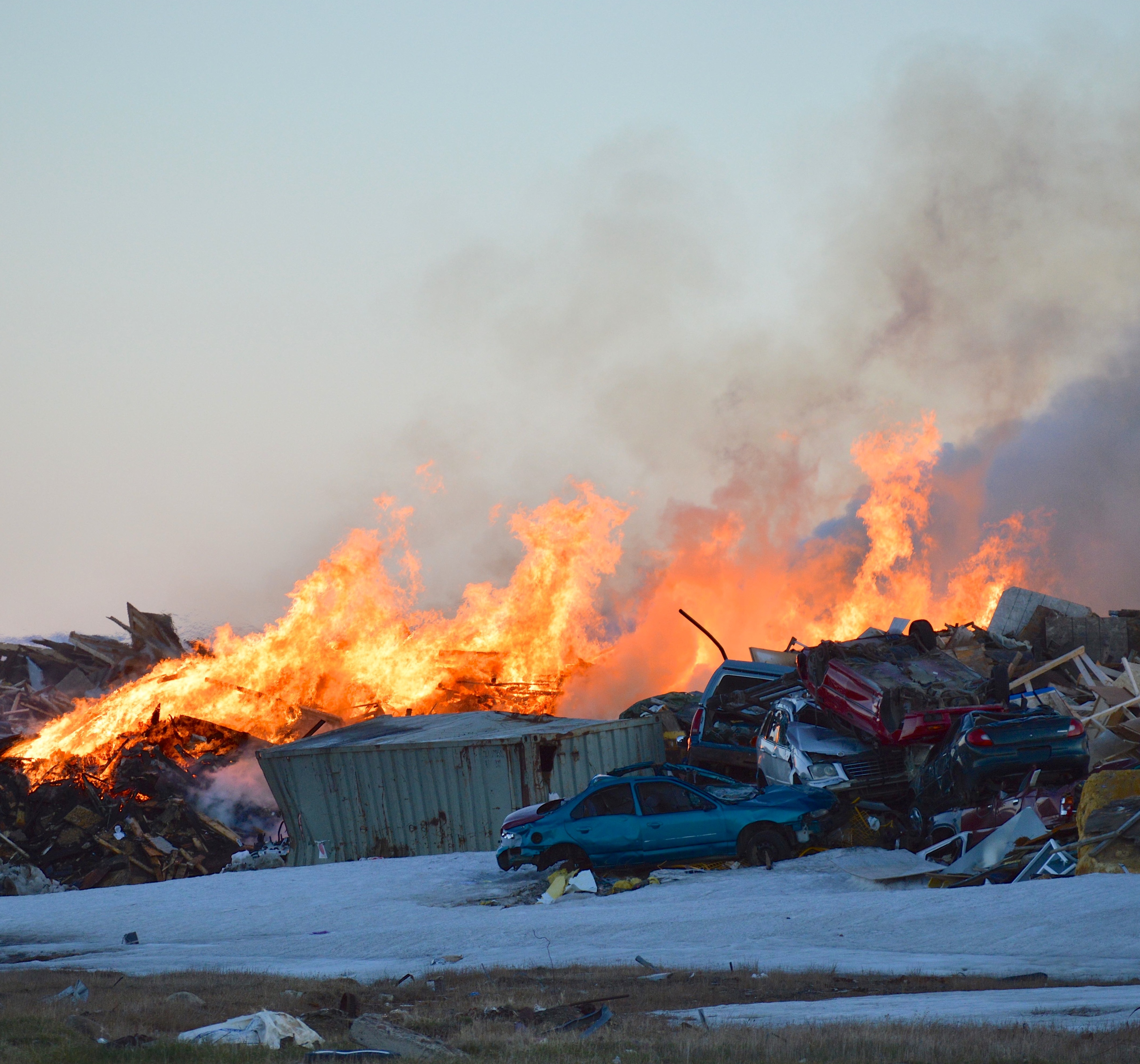 Here’s how the latest dump fire in Iqaluit looked on June 20. (PHOTO BY STEVE DUCHARME)

Fire investigators have ruled out arson as the cause of Iqaluit’s latest dump fire, which overran a temporary collection area and blanketed the city in smoke June 20.

The city’s director of emergency and protective services, Luc Grandmaison, said investigators could not find the source of the fire in the debris.

“Without that evidence we can’t determine the cause. The overall cause is considered unknown,” Grandmaison told Nunatsiaq News July 27.

A witness, walking their dog near the dump at the time of the fire, told investigators he heard an explosion shortly before seeing smoke.

“What they heard was a small explosion and then, basically, black smoke immediately billowed up from [the dump site],” Grandmaison said of the account.

But the witness did not see anyone near the fire at the time of the explosion, Grandmaison said.

The process of containing the fire destroyed the scene and prevented investigators from establishing the cause, he said.

“The backhoe moved combustible material away from the fire, it would have relocated evidence,” he said.

Grandmaison said the operational costs spent to extinguish the fire have not been tabulated, but because the fire occurred in waste it will be classified as a “zero-loss” fire.

The site of the fire was a temporary collection zone for scrap metal and wood, adjacent to the city’s dump.

In June, the city announced it will ship all scrap metal at the temporary site south for disposal at the end of summer, along with the dump’s collection of tires and abandoned cars.