“It was almost a shock in North Baffin, to see such low numbers there” 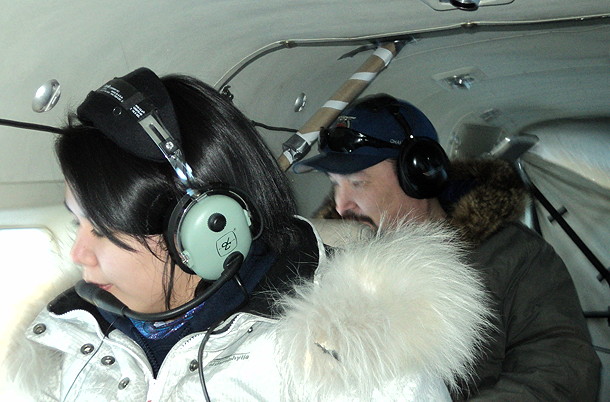 Community observers were invited along on some of the aerial surveys to show them how the caribou counts on Baffin Island were done. (PHOTO COURTESY DEPARTMENT OF ENVIRONMENT) 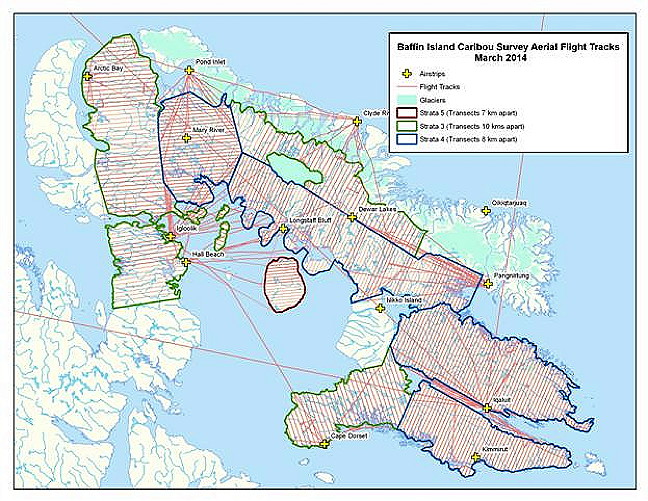 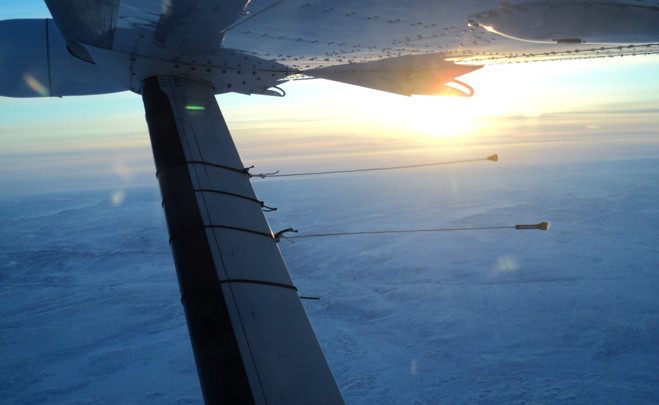 Although they’re still analyzing the data from the most recent aerial survey, the Nunavut government’s environment department is reporting that the numbers of caribou on Baffin Island are so low, serious conservation measures, and possibly even a moratorium on hunting, might be necessary to allow herds to recover.

“It was almost a shock in North Baffin, to see such low numbers there,” said Drikus Gissing, director of wildlife management for the Department of Environment.

“This is one of the biggest conservation issues Nunavut has ever had to deal with.”

The GN spent about $1 million on what Gissing describes as the largest ever aerial survey in Nunavut — and quite possibly in the world — covering nearly the entire island and most of the Melville Peninsula from Feb. 26 to March 21.

During that time, crews in three airplanes and one helicopter flew transects amounting to more than 46,000 miles, Gissing said.

“We put a lot of money and a lot of effort into this island-wide survey. It was a huge exercise and we were extremely lucky with the weather,” Gissing said.

“We all want the herd to recover. But I can tell you, it’s not a good situation. It’s really bad. But it’s not unexpected.”

Hunters have been concerned about the number of caribou for years and so the GN has been undertaking aerial surveys to try to come up with solid numbers.

Last year, the GN released the results of a 2012 survey of South Baffin which suggested caribou numbers had plummeted by 95 per cent to fewer than 2,000 animals.

Gissing said some people questioned the reliability of that survey since crews had been repeatedly grounded by bad weather and might have missed some caribou as a result.

In this recent survey, Gissing said, crews surveyed a huge swath of the island in one shot and the weather was mostly clear and cold which he believes contributed to a reliable set of results.

Background information describing the survey said it was designed with help from, and consultation with, local hunters and trappers organizations.

Actual estimates are still being compiled and are not ready for public release yet, “but I can tell you, it’s very, very low. The numbers in North Baffin are so low, it’s like there’s almost none there.”

When asked if he’d heard rumours of a possible moratorium, he said yes, but added, “it’s difficult. You’re dealing with a species that’s very important to Inuit. If you put in a moratorium, you’ll have to have it last for years.”

By “years,” he means it might take a generation for the caribou on Baffin Island to recover and that means between 20 to 50 years.

“I want to add that the low numbers are not due to hunting. It’s a natural cycle,” he said. “These have been observed before, in the 1940s, there were low numbers but they recovered by the 1980s and 1990s. Now they’re going down again.”

Gissing said the GN is hoping to hold consultations with community members this fall and then make a recommendation to the Nunavut Wildlife Management Board, based on what they hear at those meetings.

He says the meeting will likely be held in Iqaluit with representatives from each community brought in to participate.

Prior to that, the Baffin Island Caribou Co-management Steering Committee will meet to discuss the situation, especially concerning the North Baffin population.

That committee is made up of representatives from Nunavut Tunngavik Inc., the Qikiqtaaluk Wildlife Board, the Nunavut Wildlife Management Board and the GN’s Department of Environment.

According to information provided by the environment department, anecdotal information from Inuit suggested there were more than 100,000 caribou on Baffin Island in 1985.