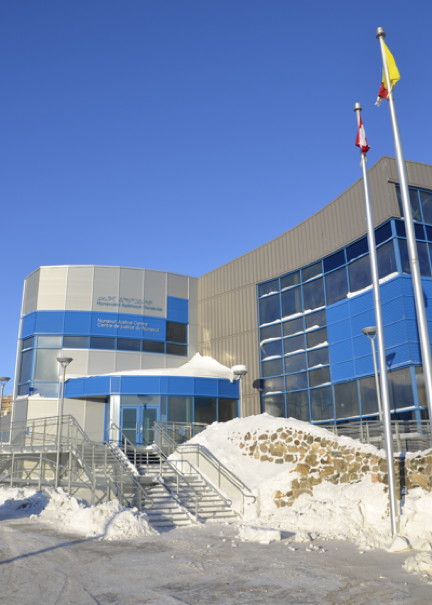 A recent ruling by a Nunavut judge has given language and legal experts cause for concern.

That’s because when Justice Bonnie Tulloch of the Nunavut Court of Justice convicted Peter Kingwatsiak of first-degree murder on Feb. 4, she found his testimony non-credible, based, in part, on his use of court interpreters.

“[The accused] deliberately slowed down the proceedings so that he could carefully consider what his answer to the question should be, rather than answering in a forthright and non-evasive manner,” Tulloch said in her ruling.

Tulloch convicted Kingwatsiak in the 2010 shooting death of his stepbrother, Mappaluk Adla, in Cape Dorset, after a one-week trial in Iqaluit in June 2015.

Kingwatsiak admitted to killing Adla, but Tulloch denied defence counsel’s argument that Kingwatsiak was too emotional and too intoxicated from gas fumes to be guilty of first-degree murder.

Experts say there’s a potential problem with this ruling: The judge doesn’t speak Inuktitut but used Kingwatsiak’s use of translators to find his testimony unreliable.

This might discourage other Inuit facing criminal charges from using interpreters, they suggest.

The experts did not attend the trial and therefore cannot comment on the subjective parts of Tulloch’s findings.

Throughout the trial, Tulloch encouraged Kingwatsiak to expess concerns about translation, and accommodated his interpretation requests.

But in her ruling, Tulloch found Kingwatsiak used interpreters to his advantage, through his command of both English and Inuktitut.

That manipulation isn’t accurately reflected in trial transcripts, the judge said, because written words do not show demeanour, tone or pauses between answers.

Kingwatsiak, whose mother-tongue is Inuktitut, told Nunatsiaq News that court translators were unfamiliar with the Cape Dorset dialect.

“I was trying to make a picture of what the lawyers were asking. Ya, I was taking my time — this is my life here,” Kingwatsiak said from the Baffin Correctional Centre in Iqaluit after his conviction.

Experts who assessed Kingwatsiak and then testified at trial spoke to him only in English, Kingwatsiak said — another language barrier.

“And it’s hard to remember things from a day or an hour ago. We’re talking about five years ago,” Kingwatsiak said.

“Should someone be shy or hold back when they have a concern about the quality of interpretation? I think the judge’s inference could put a chill on anybody facing criminal charges, making them think twice about asking for interpretation if they know English, even if English isn’t their mother tongue,” said Inutiq, also a trained lawyer,

“If it’s a non-Inuktitut-speaking judge, how can they conclude [Kingwatsiak] was using interpreters to his advantage? Were they in a position to assess the quality?” the commissioner asked.

Despite accommodating Kingwatsiak’s concerns over translation, the judge seems to have used those concerns against him, said Inutiq.

“I just wonder, on this credibility question, if conclusions were improperly drawn, because [Tulloch] relies so much on [Kingwatsiak’s] delays in responding and how he voiced concerns about interpretation,” Inutiq said.

Kingwatsiak’s lawyer, James Morton, told Nunatsiaq News that Tulloch’s ruling raises the question of whether judges can use court interpretation to find a witness non-credible.

“That’s something that Mr. Kingwatsiak, together with legal advice, is considering,” Morton said.

“There has been no decision made yet on whether an appeal will go forward.”

Morton said he doubted Tulloch’s decision would discourage others from using court translators.

But the lawyer also said he has had Inuit clients whose first language is Inuktitut and who have chosen to testify in English because they felt they would better be able to communicate with the judge.

Law professor Kent Roach, who said he is not second-guessing Tulloch’s ruling, told Nunatsiaq News that indigenous groups across the country “have a difficult time being understood by the justice system,” in large part because of cultural and language differences.

“Going forward, are other people having this problem with translations in different dialects? Is this a systemic issue or related to this particular case?” Roach said from England, where he is a guest lecturer.

“To what extent are misunderstandings, even potentially wrongful convictions, related to problems of interpretation?”

Defence lawyer Morton, who has been practising in Nunavut for over a decade, said language can be a real barrier for Inuit facing criminal charges.

That’s because very few Nunavut lawyers speak Inuktitut, so translators are relied upon heavily, which is “not great.”

“And of course there are bigger cultural barriers: many counsel do not have a great deal of experience with life in the hamlets, and, regardless of language, have difficulty in comprehending the full cultural implications of the things they’re hearing,” Morton said.

Meanwhile, the right to interpretation in court is assured under section 14 of the Canadian Charter of Rights and Freedoms, said Peter Rosenthal, a lawyer from Toronto, who read Tulloch’s decision.

“In this kind of decision, it’d be very important for a judge to make sure she’s given the accused full rights to defend himself, and not, in translation, lessen that right,” Rosenthal said.

But on the other hand, Rosenthal said Kingwatsiak’s use of court translators seems to be one of the least important reasons Tulloch found his testimony unreliable.