Luc Ferland of the Bloc Québécois says he understands Nunavik

Conservatives “completely detached from the economic and cultural needs of Nunavik” 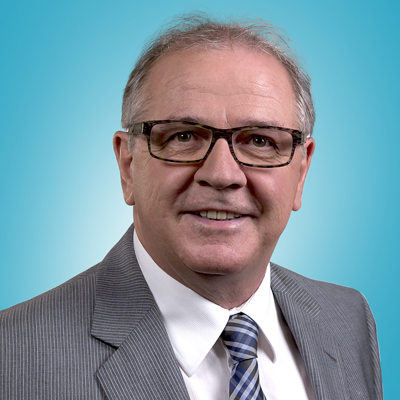 Luc Ferland, who served for years as a Quebec MNA in the provincial Ungava riding, is now running for the Bloc Québécois in Abitibi-James Bay-Nunavik-Eeyou. (PHOTO COURTESY OF THE BQ)

This week, Nunatsiaq News is running profiles of major party candidates running in the upcoming federal election, including four who are vying for the Abitibi-James Bay-Nunavik-Eeyou seat. We will run them in alphabetical order.

Our second feature focuses on the Bloc Québécois’ Luc Ferland. Right from the get-go, Ferland has a few things working against him as he courts voters in the Nunavik region of Quebec ahead of the Oct. 19 federal election.

For one, the Chibougamau-based politician does not speak much English, nor, for that matter, any Inuktitut.

Ferland is also running for the sovereigntist Bloc, while Nunavimmiut voters largely identify as federalist.

But neither of these things should prove a barrier to the type of leadership and support that Ferland promises, if elected.

Ferland, 50, has made the move to federal politics this year, after years representing the region at the provincial level. And it’s his experience that makes the difference, he said.

“It’s my experience in the region: eight years as a member of Quebec’s national assembly for Ungava,” Ferland said in an interview with Nunatsiaq News.

“I understand very well the issues in Nunavik … at both the social and cultural level.”

Ferland first captured the riding provincially in 2007, representing Ungava until he was unseated by the Liberal’s Jean Boucher in April 2014.

As a long-time Quebec MNA, Ferland notes “the major absence” of the federal government’s contribution towards a number of programs and services geared toward communities in the riding.

“There’s the question of housing, and it’s one where we’ve seen total disengagement on the part on the Conservative government,” he said, noting Ottawa’s obligations to Nunavik Inuit under the James Bay and Northern Quebec Agreement.

“It’s become a cat-and-mouse game,” he added. “It’s a major issue, and it ties into the cost of living [in northern regions] and we know this issue creates many other problems for people in the region.”

Ferland maintains that Nunavik hasn’t fared much better with New Democratic Party MP Romeo Saganash in recent years, noting the official opposition has yet to convince Ottawa to sign a new long-term housing agreement for the region.

Ferland said the federal government should also lend its support to economic development projects in northern regions that have little local industry.

“We have to adapt measures to help support projects, especially within the mining industry,” he said. “To build infrastructure that will allow these companies — working with local leadership and both levels of government — to invest in the territory.”

Building roadways may be considered the jurisdiction of the province, Ferland said, but the federal government has a role to play.

That’s equally true when you consider the need for local training opportunities to move northerners into the jobs those new industries are creating across Quebec’s North, he said.

“This training is almost completely inaccessible where they live, and youth have to make the decision to leave their villages to go south, and that’s the moment when a lot of youth decide to leave their studies.”

“It’s through the training of those youth that a region like Nunavik will realize its own economic development,” Ferland added. “The government of Stephen Harper is completely detached from the economic and cultural needs of Nunavik.”

But as education, too, falls under provincial jurisdiction, the Bloc Québécois can only use its position to pressure or work with the elected government to invest in such projects.

The party has its work cut out for it as it is; following the 2011 election, the Bloc fell from 47 MPs to just four.

The surprise return of Bloc leader Gilles Duceppe, who appeared to retire from politics after that crushing 2011 defeat, had buoyed the party at the onset of the campaign.

But polls now show the NDP holds a steady lead in the vast majority of ridings in Quebec.

As a party that hopes to help realize Quebec’s independence, the Bloc wants to see the French language prosper, but that desire includes Quebec’s Indigenous languages too, Ferland said.

“It’s important to give them the tools to preserve their language,” he said.

While Nunavik has traditionally been a federalist region, Ferland said that doesn’t prevent him from defending its interests.

“The quality of life for Nunavik residents and the services people receive in those 14 communities… it’s not a question of being federalist or sovereigntist,” he said.

The Bloc has also called on the federal government to launch an inquiry into missing and murdered Indigenous women in Canada.

Readers can find information on how to vote in the Oct. 19 election here.

Tomorrow, we feature Steven Hébert of the Conservative Party of Canada.