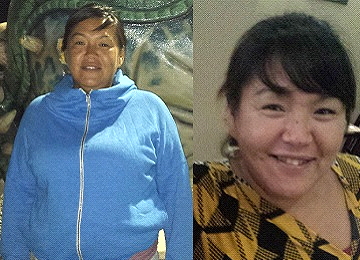 The investigation by the Ottawa Police Service into a missing Inuk woman who disappeared last April has been turned over to the city’s major crimes unit.

The OPS announced it was handing the case of Mary Papatsie over to its major crimes division in a press release, July 17, but they are continuing to ask the public for any information on Papatsie’s location.

Papatsie, 39, went missing in Ottawa in late April and may have been wearing black jogging pants, a brown t-shirt and blue and orange flip-flop sandals when she was last seen, according to a police description.

She may also have been carrying a purple and black backpack with other clothing inside of it.

Papatsie also has a scar above her left eye from a piercing, and does not have any tattoos.

The OPS is asking anyone with knowledge of Papatsie’s whereabouts to contact the Ottawa Police Major Crime Section at 613-236-1222, ext. 5493.

Anonymous tips can be submitted by calling Crime Stoppers at 1-800-222-8477 (TIPS) or by downloading the Ottawa Police app.