“We cannot put another generation of students at risk” 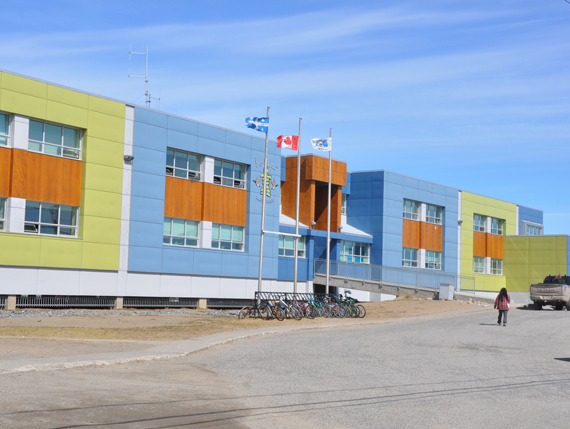 Inuit’s birthright organization says it wants to resolve the issue of Kativik School Board high school graduates not being issued standard diplomas.

Instead, students who complete Secondary 5 have been receiving attestation of equivalency certificates since 2015, something most Nunavimmiut only discovered this spring.

Tukkiapik made the call for an education audit on public radio last week, noting—as the KSB has—that the diploma issue is symptomatic of a much larger failing within Nunavik’s education system.

He made the request for an audit directly to Quebec’s education minister Sébastien Proulx in a May 30 letter.

“Forty years after the signing of the James Bay and Northern Quebec Agreement our children are receiving a sub-standard education despite the creation of a distinct school board for Nunavik,” he wrote.

“This situation prevents our children from advancing into post-secondary studies necessary for employment and professional careers.”

“Our youth are asking for help and I, with the full support of my executive, am demanding it,” Tukkiapik said.

Tukkiapik asks for the audit on “an urgent basis,” to be conducted with Inuit input and, if required, Makivik’s collaboration.

Makivik’s president said that Nunavimmiut have a right, under the Quebec Charter of Human Rights and Freedoms, to public education.

He also noted that, as it stands, only a quarter of Inuit youth across the Arctic are even graduating from high school.

The issue goes back to 2000 when Quebec introduced new math and science curricula province-wide.

At the time, the KSB was given a temporary exemption to give the board time to adapt its own programs. But when that curriculum still hadn’t been updated by 2014, most of the region’s graduates stopped receiving diplomas.

The school board said that since 2014-15, 99 students have completed their Secondary 5 studies through the KSB. Of that group, 92 were issued equivalence certificates, while seven Adult Education graduates received diplomas of secondary studies.

That didn’t come to light publicly until it was raised by a few Nunavik parents, and then last month at a parliamentary committee at Quebec’s National Assembly.

The proposed curriculum is now with the province, which hasn’t suggested when it might be approved.

Ungava MNA Jean Boucher says the government hopes to be in a position to beginning issuing diplomas again for the next school year.

But that doesn’t address some of the shortfalls in Nunavik’s classrooms, regional organizations have said.

In February 2016, for example, the KSB filed a judicial demand with the Superior Court of Quebec,arguing both the governments of Quebec and Canada have failed to respect their obligations to properly fund education in the region.

“It is time to ask the hard questions—Why are our children being given a sub-standard education? Why are we accepting this?” Tukkiapik wrote May 30.

“We cannot put another generation of students at risk.”