Military leaders from Arctic countries to meet in Canada

“There are certain areas where co-operation would be paramount” 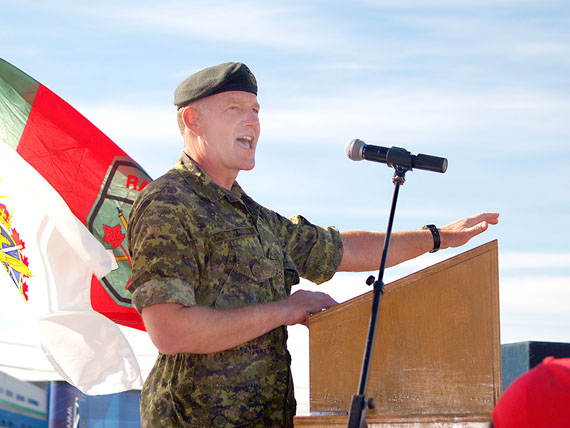 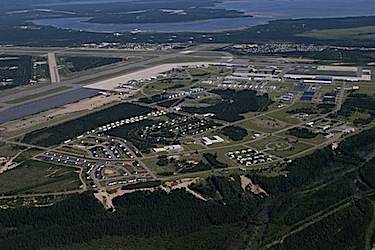 Military from across the Arctic are set to descend on the Happy Valley-Goose Bay air base in Labrador. (PHOTO COURTESY OF HAPPY VALLEY-GOOSE BAY)

In contrast to fears that a new kind of “Cold War” is emerging between oil-hungry Arctic nations, Canada’s Chief of Defence Staff, Gen. Walter Natynczyk, is preparing to host his counterparts from seven other northern countries next week in Labrador for two days of talks on polar issues “of mutual interest,” Postmedia News has learned.

The planned gathering of the world’s top Arctic military officials — including the defence chiefs or senior northern commanders from Canada, the U.S., Russia, Norway, Denmark, Sweden, Finland and Iceland — is scheduled to take place April 12-13 at Canadian Forces Base Goose Bay in Newfoundland and Labrador.

Details are still “in flux,” Natynczyk’s chief spokesman, Lt.-Cmdr. Kris Phillips, said Tuesday. But Canadian officials are planning for about 50 international visitors to arrive next Thursday at the Goose Bay airbase for discussions on Arctic search-and-rescue operations, northern environmental challenges, military-aboriginal relations and a range of other issues.

Although the U.S. Chairman of the Joint Chiefs of Staff, Gen. Martin Dempsey, is not expected to attend the meeting, the American delegation is to be led by Gen. Charles Jacoby, head of NORAD and the U.S. Northern Command.

“The big push behind this was to… strengthen some of our defence relationships with folks who are operating in the North,” said Phillips, adding that the 36-hour gathering is expected to feature multilateral talks among the eight nations along with one-on-one sessions between various countries, including Canada and its nearest Arctic neighbours.

He said joint military exercises in the Canadian Arctic two years ago with Danish and American forces offered a model for more co-operative action between northern countries.

The defence chiefs expect to exchange ideas on how military units “can work better with civil authorities in the North,” make environmental stewardship a priority and ensure “protection of the rights of aboriginal people,” Phillips added.

“Search-and-rescue is a prime example of where we can all work together as defence organizations,” he said, noting that “disaster assistance” in the event of a plane crash or other crises in remote parts of the North could merit a co-operative response by several Arctic countries.

The planned Goose Bay gathering serves as a collaborative counterpoint to persistent concerns in recent years that the ongoing retreat of Arctic sea ice, increased circumpolar ship traffic and potential oil-and-gas riches in the Far North are setting the stage for conflict — possibly even military confrontations — between Arctic coastal states.

Those concerns were sparked in 2007 when a Russian submarine dropped a flag on the North Pole sea floor, which led then-foreign affairs minister Peter MacKay — now Canada’s defence minister — to decry the act as a throwback to the era of European empire-building.

“This isn’t the 15th century,” MacKay said at the time. “You can’t go around the world and just plant flags and say, ‘We’re claiming this territory.’ ”

But such incidents have generally come to be seen as momentary setbacks — or fights motivated by domestic political considerations — in an era of otherwise respectful relations on Arctic issues between Canada, Russia and other northern countries.

The five nations with Arctic Ocean coastlines have also pledged to let scientists from their respective geological ministries determine the ownership of disputed continental shelves in the North in a peaceful, orderly fashion, according to rules set out in a UN treaty.

“There are certain areas where co-operation (in the Arctic) would be paramount,” Phillips said.

But he added that while top Arctic military officials have expressed a willingness to come together for talks in Goose Bay, each country retains the right to protect and assert its sovereignty in the region: “Obviously no nation is going to get into (discussing) its exact defence plans for whatever they have going on in the North.”