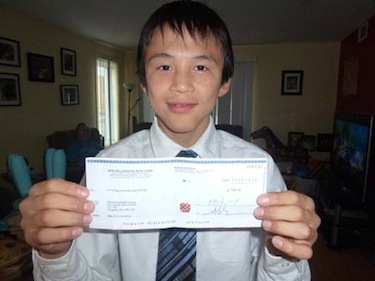 Fifteen proud students from Jaanimmarik School in Kuujjuaq walked up the podium at the Katittavik town hall June 14 to pick up $500 scholarships from the New Millennium Iron Corp., which wants to develop a huge mining complex near Schefferville.

The mining company supported the program “to counter the phenomenon of student dropout in the aboriginal communities that may be impacted by the future mining projects of NML.”

Production for the company’s DSO Project, near Schefferville and the Labrador-Newfoundland border, is expected to begin in late 2012, with mining, crushing, washing, screening and shipping iron ore to Tata Steel’s European steel making facilities.

Tata has agreed to pay up to $4.85 billion to develop the two deposits.

A $50 million feasibility study, expected to be completed by the end of the year, is under way for the two deposits.

The Kémag deposit, located 50 kilometres north of Schefferville within Nunavik, could produce an estimated 20 million tonnes of iron concentrate a year, according to company documents. 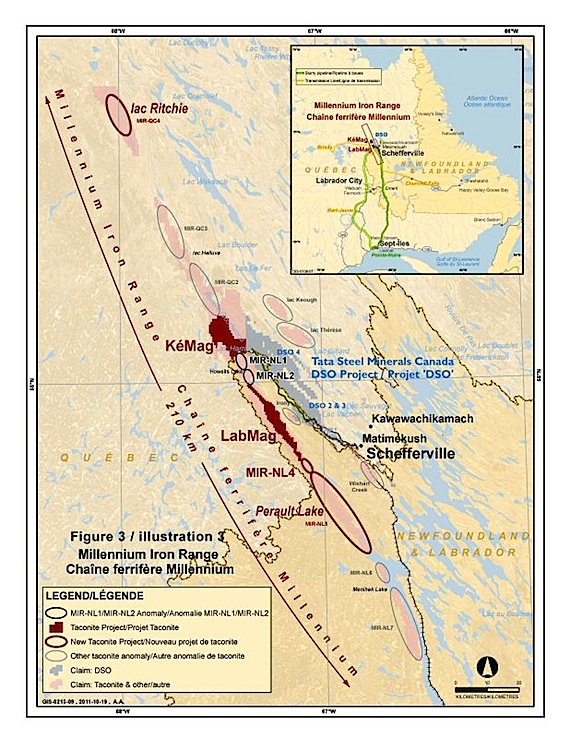 This map shows the location of the Kémag deposit owned by the New Millennium Iron Corp., which gave $7,500 to Jaanimmarik School in Kuujjuaq to hand out as scholarships to worthy students. (MAP COURTESY OF NEW MILLENNIUM)