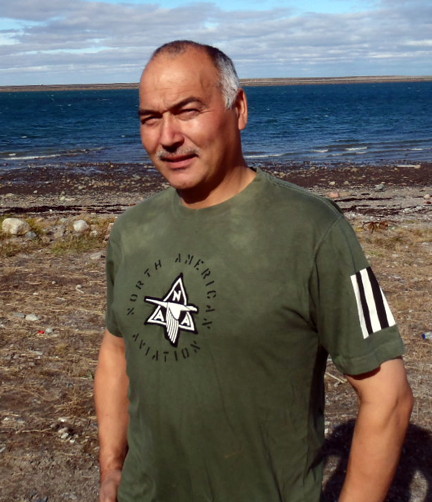 Arviat South MLA Joe Savikataaq wants authorities to be able to seize alcohol and other possessions if they believe they are instruments of crime. (FILE PHOTO)

Arviat South MLA Joe Savikataaq said March 10 in the Nunavut legislature that bootleggers are running rampant in Nunavut communities, and that civil forfeiture legislation is needed to stop them.

Civil forfeiture is when law enforcement agencies, such as the police, can legally confiscate possessions from offenders if they believe it’s been obtained as a proceed of crime.

Quoting a November 2012 Nunavut Liquor Task Force report at the Legislative Assembly March 10, Savikataaq said, “The economic value of bootlegging in Nunavut is in excess of 10 million a year.”

“Although these figures are very disturbing, they are not surprising. All of us are very aware that bootleggers operate in our communities,” Savikataaq said in his March 10 member’s statement.

While the Government of Nunavut has since said it will explore the issue of civil forfeiture, Savikataaq wants something done now.

“The time to explore this issue has ended. And the time to take action has begun,” Savikataaq said.

Justice Minister Paul Okalik said in response to questioning from Savikataaq that his department is in the planning stages of developing civil forfeiture legislation.

Savikataaq pressed the minister, saying seven out of 10 provinces already have civil forfeiture legislation, and he asked what Nunavut can learn from them.

“Although I am aware of the importance of ensuring legislation is not used in an unreasonable manner, it remains clear we can learn from the other jurisdictions,” Savikataaq said.

But Okalik said mistakes have been made in other jurisdictions, “So we want to be careful with any type of legislation.”

“We’re monitoring the other jurisdictions very closely and we hope to have some good work done by the end of this month by my department,” Okalik said.

Also March 10 Iqaluit-Tasiluk MLA George Hickes suggested that opening a beer and wine store as a pilot project might be another way to decrease bootlegging.

Such a store is possible now since MLAs passed amendments to the Liquor Act in September.

Hickes said he’s had “many discussions” with his constituents, and he believes a “modern and mature approach to the sale of liquor in Iqaluit” could help reduce bootlegging.

Hickes asked if the GN is considering such a pilot project in a community like Iqaluit.

Finance Minister Keith Peterson responded by cautioning that any pilot liquor store would have to be introduced in a “measured approach” with consultations both inside and outside the community.

“My department officials are currently in the process of developing methodology, if there is a request coming forward, how we can talk to the communities affected,” Peterson said.

“We certainly want everybody to be comfortable with a proposed pilot project before we implement it.”