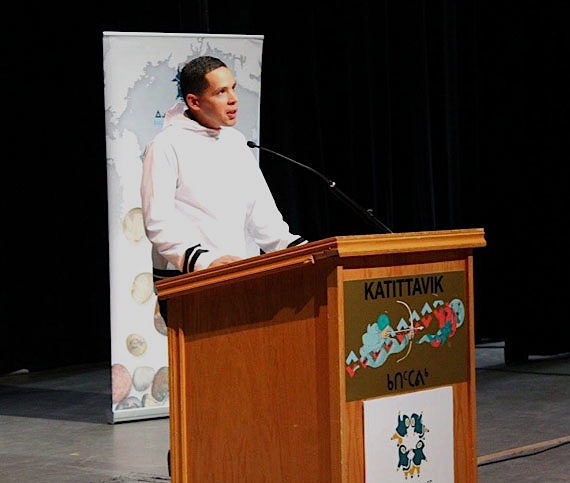 Inuit Tapiriit Kanatami President Natan Obed on July 27 followed through on a promise to release a national Inuit suicide prevention plan — the first of its kind among Canadian Aboriginal organizations.

Inuit in those regions suffer from a suicide rate that ranges from five to 25 times higher than the national average, the document said, despite little recognition from the federal government.

“Attitudes of indifference that have characterized Canada’s response to suicide in Inuit Nunangat must change,” ITK said in its strategy.

At the same time, Jane Philpott, the federal health minister, who attended the launch of the strategy, announced $9 million for Inuit-specific mental wellness programs.

Obed launched the plan July 27 in Kuujjuaq, after bad weather prevented the organization from flying to Hebron, a former settlement in Labrador, where ITK first planned to launch the strategy.

The plan comes after Obed promised in March to present the idea of suicide prevention in an Inuit context in a way that most Inuit can agree on.

“Our collective loss is difficult to discuss, but we are finding a way beyond this tragic reality and confronting it head-on,” Obed wrote in a letter inside the plan.

The data-filled report points directly and forcefully to the underlying cause of elevated suicide rates in Inuit Nunangat.

That cause is the shared history of relocation and inter-generational trauma.

“The high rates of suicide in Inuit Nunangat are a symptom of the social and economic inequities that have existed between Inuit Nunangat and most other regions of Canada since Inuit began to be impacted by colonization and transition off the land into permanent settlements,” the document says.

“The elevated rate of suicide among Inuit in Canada is the most urgent challenge facing our people and it demands a national response … It is a public health crisis in Inuit Nunangat that can and must be prevented.”

Unlike the members of the Nunavut Suicide Prevention Plan, ITK does not directly provide programming and is therefore more of a lobby group.

But by representing all of Inuit Nunangat, ITK said it will support local suicide prevention projects or programs and guide the development of new evidence-based Inuit-led initiatives.

The report’s overall significance likely lies in its effort to pressure federal politicians, especially Indigenous and Northern Affairs Canada Minister Carol Bennett, to fully recognize and act on the suicide crisis among Inuit.

The strategy aims to translate collective knowledge and research into a “holistic” action plan through a “unified approach.”

That action plan, which will focus on early intervention for those at risk of suicide, includes:

• promoting a shared understanding of the historical context and underlying risk factors of suicide;

• guiding regional and national policy on suicide prevention; and,

• encouraging cooperation and division of labour among stakeholders in each region.

The strategy plan includes six priority areas, each with their own set of objectives and actions aimed to:

• create social equity by working with different levels of government to improve the social determinants of health;

• ensure access to mental wellness services through Inuit-specific services that cover all ages;

• heal unresolved trauma and grief by researching and creating resources for Inuit and service providers to better deal with historic grief; and,

ITK said it will evaluate its progress on the strategy every two years.

That evaluation will add to Inuit knowledge of suicide prevention, advance “promising practices,” and enable communities to learn from each other.

For example, both include a focus on a continuity of mental health services, early intervention and addressing the underlying risk factors and historical context of suicide.

The Government of Nunavut financed the first year of the suicide prevention plan earlier this year.

A summit between stakeholders, held in Iqaluit in May, aimed to develop a longer-term action plan.

But that longer-term action plan has not yet been released.

“We must continue to work together to end this tragic issue,” Taptuna said.