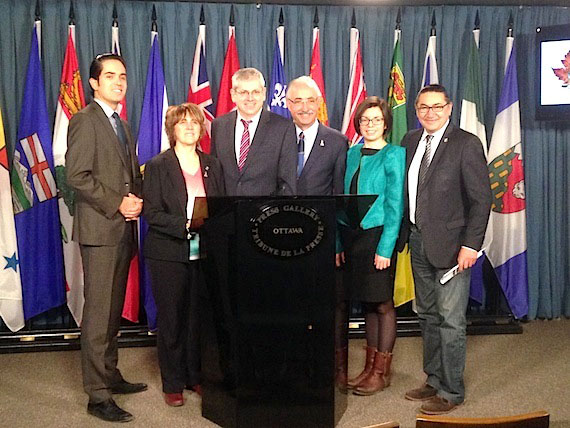 Repeating their message that the Conservatives have failed to ensure that northerners have secure access to nutritious and affordable food, New Democratic Party MPs vowed again May 26 that they will take concrete action to fix the Nutrition North Canada program.

Among their demands — that the 50-plus isolated communities, like Lutsel K’e in the Northwest Territories, which are not covered by Nutrition North, also be included in the program.

This showed big discrepancies in prices — for example, in Lutsel K’e four litres of milk costs $16.99, while in Kuujjuaq, the same four litres cost only $7.99.

The MPs also want to see a comprehensive review of the program with northerners as full partners.

And, as described in a May 26 NDP news release, they want equitable program eligibility criteria for northern communities “based on their real circumstances” and to work with all northerners “to develop a sustainable solution to food insecurity.”

They said the recent Auditor General report requested by the NDP found that the program had minimal impact on lowering food costs and lacked transparency or accountability.

“Nutrition North program eligibility must be more equitable so that funding reflects real circumstances that Northerners are facing so that no Canadian has to go hungry,” Saganash said.

That’s the same message that Saganash brought to Kuujjuaq in March to the Makivik Corp. annual general meeting in Kuujjuaq and, in April, when the NDP first launched its proposals to fix Nutrition North.