The Arctic Circle will “strengthen the decision-making process” 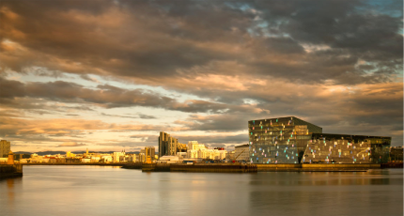 Iceland will be the location of the first meeting of the Arctic Circle next October. (FILE PHOTO)

Non-Arctic nations like China and South Korea are clamouring to join the Arctic Council as observers, but now they don’t have to worry: a new Arctic organization is willing to welcome everyone to the table.

On April 15, the same day that Iceland threw its support to China’s bid to become an observer at the Arctic Council, Iceland’s president Olafur Ragnar Grimsson also announced the creation of a new assembly on Arctic issues.

It’s called the “Arctic Circle,” which is intended to promote “collaboration among Arctic and international partners” — these could even include “Google,” Grimsson suggested at the organization’s launch in Washington D.C.

The Arctic Circle will hold an annual talk-fest “to facilitate dialogue and build relationships to confront the Arctic’s greatest challenges,” said a news release on the new non-profit organization.

The Arctic Circle will be a place for institutions, organizations, forums, think-tanks, corporations and public associations to hold their meetings or events “without surrendering their independence or decision-making abilities.”

The assembly plans to meet in a different Arctic location each year and include exhibitions and performances from around the Arctic.

“We aim to  strengthen the decision-making process by bringing together as many  Arctic and international partners as possible under one large ‘open tent’,” says the Arctic Circle’s website.

Arctic Circle will meet for the first time in Iceland at the Harpa Reykjavík Concert and Conference Centre Oct. 12 to Oct. 14.

On the agenda, discussion on issues related to sea ice melt and extreme weather, security, fisheries and ecosystem management, shipping, transportation and natural resources and workshops on topics like “the prospects and risks of oil and gas drilling” and “the role of Asian and European countries in the Arctic.”