New documentary follows the hopes and dreams of Nunavik musher

Okpik’s Dream to be released this fall on CBC 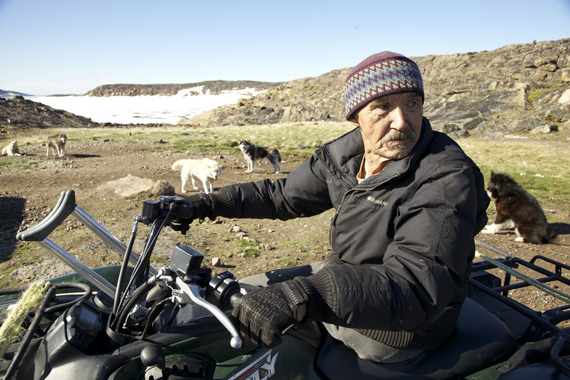 Harry Okpik – the man behind Okpik’s Dream – at home in Quaqtaq. (PHOTO BY ALEX MARGINEAU) 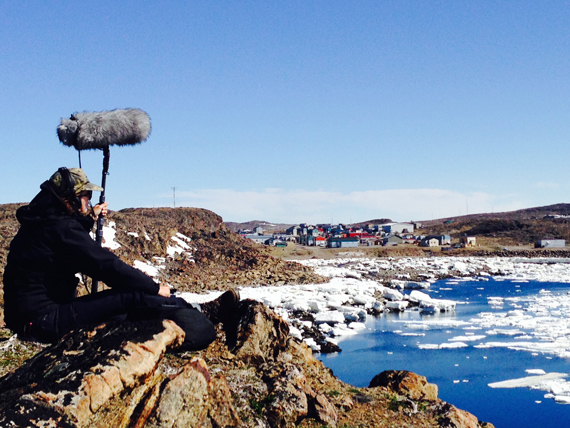 Since Laura Rietveld visited the Nunavik community of Quaqtaq for the first time in 2009, the words of one man have stuck in her mind.

Rietveld, a documentary filmmaker, was visiting her aunt in the Ungava Bay community when the two went on a dog sled trip led by local musher Harry Okpik.

“We stopped to have tea and I was struck by what he had to say that day,” Rietveld recalled. “He spoke about the importance of having a meaningful life — part of that was sharing his passion for dog-sledding — but also to reclaim life after a series of unfortunate incidents.”

Okpik, like many Inuit his age, has lived through major changes to his homeland and events that have caused generational traumas.

The first for Okpik was the slaughter of dogs by the RCMP that took place across Nunavik in the 1950s and 60s.

Although he was still young, he helped care for his father’s dog team and felt the pain of losing them.

As a young adult, Okpik then attended residential school

Later, Okpik accidentally shot himself in the leg while hunting with a friend — an accident that hospitalized him and eventually cost him his leg.

Despite this, Okpik carried on to become a community leader and a dedicated musher, competing regularly in Nunavik’s Ivakkak dog sled race.

“I really felt that Harry’s story was engaging,” said Rietveld

Some time after her trip North, Rietveld met Katarina Soukup of Catbird Productions, another Montreal-based filmmaker.

Soukup, who has worked extensively with Isuma Productions and Arnait Video Productions, was similarly inspired by Okpik.

Six trips to Nunavik and a few years later, Soukup and Rietveld have finished filming Okpik’s Dream, a feature-length documentary set to be released later this year.

The film will follow Harry at home in Quaqtaq with his friends and family, including his son Matthew and daughter Tappia, as well as along the Ivakkak race route in both 2013 and 2014.

Like its name suggests, the documentary explores the dreams and ambitions Okpik set for himself to overcome the challenges in his life. The film’s creators hope the documentary will also tell an important part of Inuit history to its southern viewers.

“Our hope is that people will fall in love with Harry Okpik like we have,” said Soukup. “To honour him and his life story.”

The English and Inuttitut-language film is expected to air on CBC regional television in Quebec and CBC North sometime in the fall.

Both Soukup and Rietveld also hope to raise the funds to screen the film in Quaqtaq and other communities.

You can see photos from the filming at the documentary’s Facebook page. 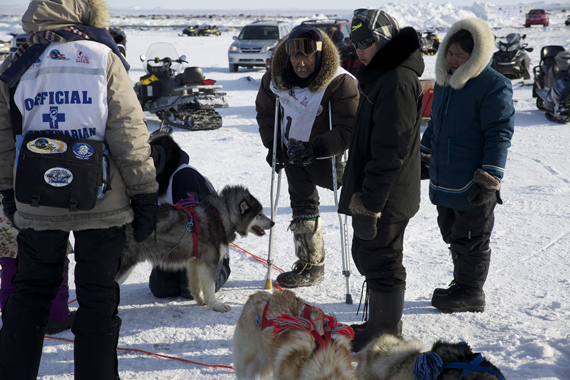 Harry Okpik checks in an his dog team during a stop along the 2014 Ivakkak race route, which he competed in with assistant musher Adamie Michaud. (PHOTO BY KATARINA SOUKUP)