New robotic vehicle fit to scan under the Arctic ice 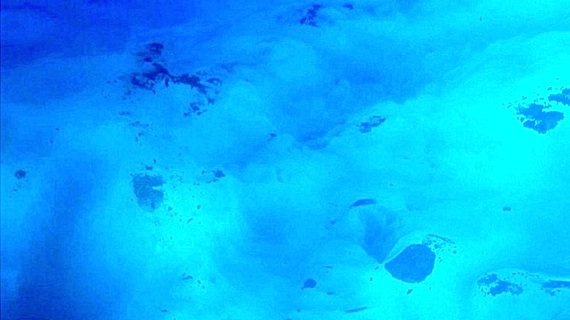 What lies under the ice? Algae — as shown in this screen-grab of video taken with Nereid Under Ice AUV during sea trials in August 2014, which shows algae patches on the keel of sea ice. (COURTESY OF THE DEEP SUBMERGENCE LAB, WOODS HOLE OCEANOGRAPHIC INSTITUTION) 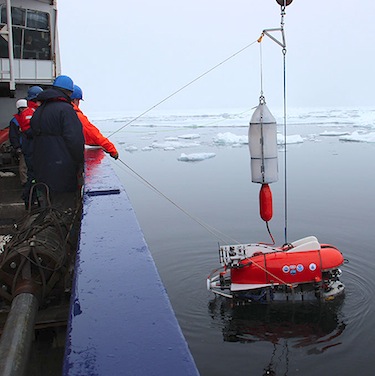 What would you find if you could look deep under the Arctic sea ice?

Thanks to a new ice-worthy robotic autonomous underwater vehicle, or AUV, scientists don’t have to speculate anymore.

“One of the big needs for better understanding the fate of polar life in a warming Arctic is to be able to look for it under the melting ice,” said Antje Boetius of Germany’s Alfred Wegener Institute, in a recent news release.

“There are no other adequate methods available to science at this time: satellites cannot see through ice, and research vessels stir up the under-ice environment.”

Boetius served as chief scientist on board the Polarstern icebreaker where the $3-million AUV — dubbed Nereid Under Ice, after Greek mythology’s sea nymph — was tested last summer during four dives off the coast of Greenland.

The dives brought the AUV to a maximum depth of 45 metres.

Pilots on the Polarstern directed the AUV through a lightweight, fiber-optic tether the diameter of a human hair. This relayed environmental data including high-definition images of what the AUV saw as it explored, gathered data, and mapped the sea floor beneath the ice — all that, away from what the Wegener Institute called the disruptive impact of an ice-breaking research ship.

The real-time view of what the AUV saw under the ice allowed its pilots to control the vehicle’s path.

But even if the tether breaks or becomes entangled, the AUV is designed to operate as a free-swimming, autonomous vehicle.

“We already know the Arctic is changing on an unprecedented scale, and now we have a proven vehicle that provides a completely new way of looking at that system,” said the lead scientist for the AUV’s dives in the Arctic, Chris German. German is from the U.S.-based Woods Hole Oceanographic Institution which helped pay for the AUV with support from the National Science Foundation.

Before the development of this multi-functional robot, scientists have had to rely on samples gathered from the seafloor by lowering instruments off the side of an icebreaker research ship. 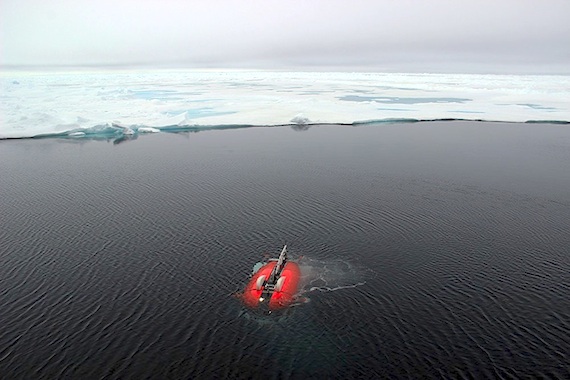 Nereid Under Ice prior to recovery from the edge of pack ice in the Fram Strait during August 2014 sea trials. (PHOTO BY CHRIS GERMAN, WOODS HOLE OCEANOGRAPHIC INSTITUTION)