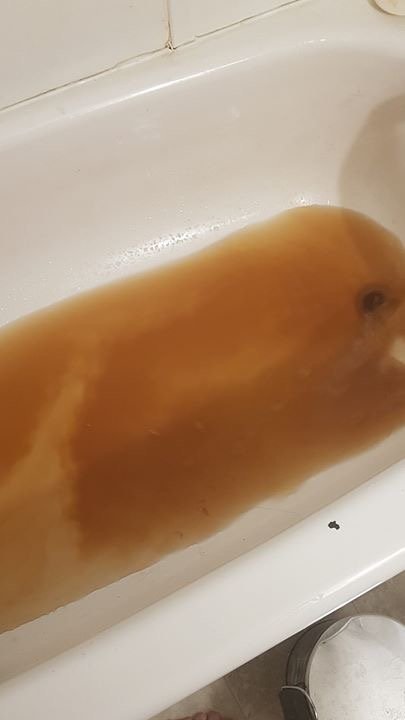 A resident of Rankin Inlet posted this image to social media last week of their bathtub filled with brown tap water. 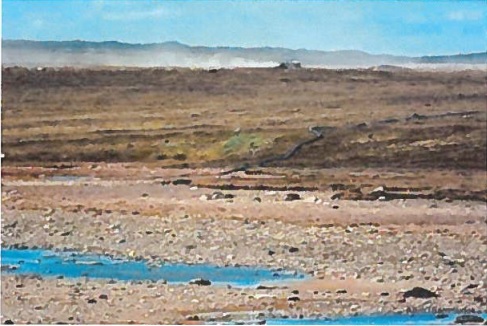 Residents of Nunavut’s second-largest community have been dealing with discoloured tap water in recent weeks, and while the territorial government isn’t quite sure what’s causing it, the Government of Nunavut says it’s safe to drink.

Some residents of Rankin Inlet have posted photos to social media of brown and yellow water in their kitchen sinks and bathtubs.

But when the issue was raised last week in the legislative assembly, Community and Government Services Minister Lorne Kusugak said the water might look bad, but it’s fine to consume.

“To date I have heard that there is no safety issue with the water quality,” Kusugak told the legislature May 25, responding to a question from Rankin Inlet North-Chesterfield Inlet MLA Cathy Towtongie.

“It looks bad when you are drinking it, but that’s how it is right now,” he said. “We’re asking the residents of Rankin Inlet who notice brownish water to let the water run for a while to get the brownish water out.”

Kusugak, himself a resident of Rankin Inlet, said his department and health officials are working on finding the source of the discolouration.

A May 25 release from Community and Government Services said that “discoloured water is often the result of a change in the system’s water flow.”

For his part, Kusugak suggested the brownish colour could come from mud or sand mixing into the water source, which is then distributed to the community via a utilidor system.

That system has raised more pressing questions about the quality and availability of fresh drinking water in the Kivalliq community of 2,800.

This past November, the GN put out a request for proposals for a feasibility study to look at the best options for replacing the community’s aging water infrastructure.

The piped system draws water from Lake Nipissar to a treatment centre on Williamson Lake before it’s distributed throughout the community.

But the system was first installed in the 1970s and now poses “many health and safety risks,” according to the GN.

“The system is over 40 years old and is showing its age,” a GN report found.

“The design of the system does not meet current codes and standards … the condition of most system components are past their service life and are at risk of critical failure.”

The issues include corrosion along parts of the pipeline, leaks, broken valves, low water pressure and integrity issues in the pump houses.

That’s not to mention a 2016 study by York University researchers that predicts the community could see water shortages by later tihs year, as Lake Nipissar continues to deplete.

The contract to lead that study was awarded in December 2017 to EXP Services Inc. and four other supporting firms.

But Towtongie wanted to know what has come of the final report, which was expected to be complete in March 2018.

“Can the minister describe the key recommendations that were contained in the feasibility study?” Towtongie asked Kusugak in the legislature May 25.

Kusugak suggested there should be some news “within this month” and committed to sharing the results with Towtongie and hamlet officials.