Syphilis continues to spread in Nunavut

“The more sexual partners a person has, the greater the risk” 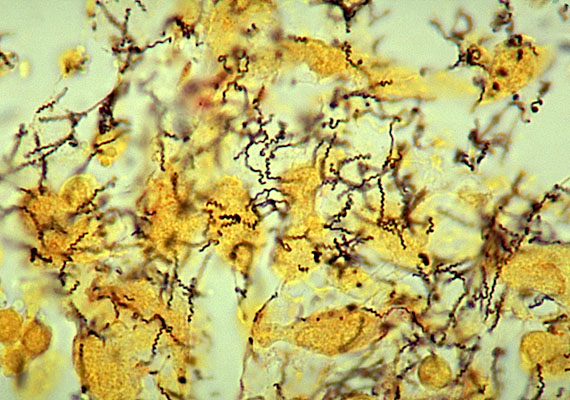 Here is a close-up of the germ that causes syphilis infections. It first makes itself visible through sores that appear on genitals and other parts of the body. (FILE PHOTO)

“This preventable infection is alarmingly on the rise,” Ell said in the legislature. “Nunavut is experiencing an outbreak and continued rise in the spread of syphilis.”

Syphilis is a contagious infection that is spread by sexual activity. The treatment is simple and routine.

But, if the disease is left untreated, it can lead to long-term health problems, such as heart and nervous system disease and even death.

Syphilis can also be passed from mother to child during pregnancy, which can have consequences for the unborn child.

“It is very important that Nunavummiut are aware of the dangers of syphilis,” Ell said June 4. “People can have syphilis and not know it because they may not have any symptoms.”

The territory first identified an outbreak of the STI in 2012, after 13 cases were diagnosed in Iqaluit alone over a five-month period.

Another 30 cases were identified by early 2013.

You may have syphilis if you notice a new painful or tender sore on your genitals or elsewhere on your body.

The most common location for a sore to develop in women is on the cervix, the penis in heterosexual men, and anally and rectally in homosexual men.

Women may not even know they have syphilis if the sore isn’t visible.

About four to 10 weeks after you’re infected, you may notice swollen glands, fever, muscle aches and a rash on the palms of your hands and the soles of your feet.

Ell said that getting tested for sexually transmitted infections, including syphilis, and getting the appropriate treatment at the right time is essential, echoing previous messages from the GN.

Syphilis can be cured with the right antibiotics if treated in time, she said.

“If people participate in excessive drinking and drug use, it can cloud judgment and reduce inhibitions, which can lead to engaging in unprotected sex,” Ell said. “The more sexual partners a person has, the greater the risk they may be exposed to a sexually transmitted infection.”