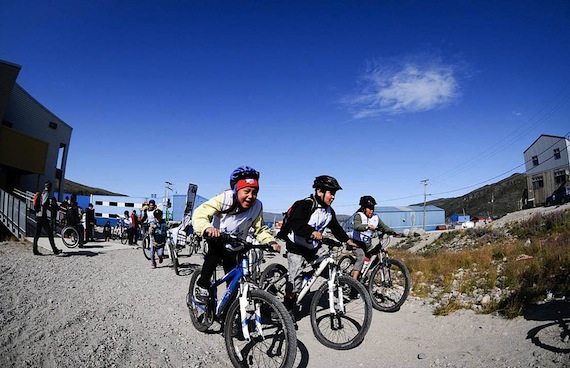 The 8th edition of Nunavik Adventure Challenge was hosted in Salluit last week, where this group of youngsters pedalled to the finish line. The popular event drew 140 participants to learn and compete in mountain biking, rock climbing, sea kayaking and skateboarding. (PHOTO COURTESY OF ENDURANCE AVENTURE) 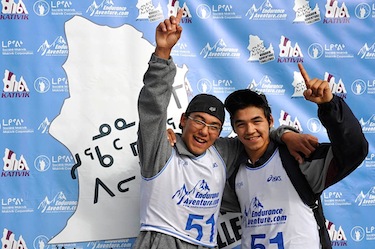 For the second year in a row, Victor Bruce and Ali Audlaluk – otherwise known by their team name Best Friends – won the Nunavik Adventure Challenge in Salluit Aug. 19. (PHOTO COURTESY OF ENDURANCE ADVENTURE) 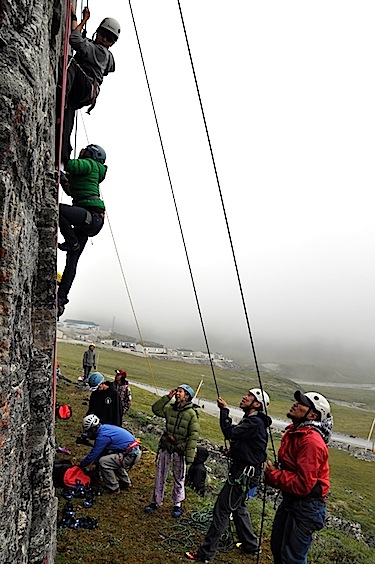 For the second year in a row, Victor Bruce and Ali Audlaluk – otherwise known by their team name Best Friends – won the Nunavik Adventure Challenge, showing their friendship is still strong.

The week ended with an adventure challenge, where teams of two competed against each other in different events.

“The youth of Salluit proved once again they are really talented in many sports and have a lot of endurance and stamina,” Daniel Poirier of Endurance Aventure, the Quebec organization who runs the Nunavik challenges, said in a release.

The Nunavik Adventure Challenge first launched two years ago, when Endurance Aventure teamed with the Kativik Regional Government and Makivik Corp. to run a pilot project in Kangiqsualujjuaq.

Since then, NAC has hosted 14 events and clinics in communities across Nunavik.

More than 800 Nunavimmiut have participated in the Nunavik Adventure Challenge in the past year alone, organizers say.

The event has promoted leadership too: in Salluit last week, organizers said that 11 Nunavimmiut from five different communities came to work on as instructors and technical staff for the event.

“They were able to use the skills they learned in the different adventure challenge clinics…throughout the year where they obtained different certification,” Poirier said.

The next Nunavik Adventure Challenge will be held in Inukjuak September 12-19.

To watch a clip from the Salluit adventure challenge, click here.