Nunavik bones to be laid to rest 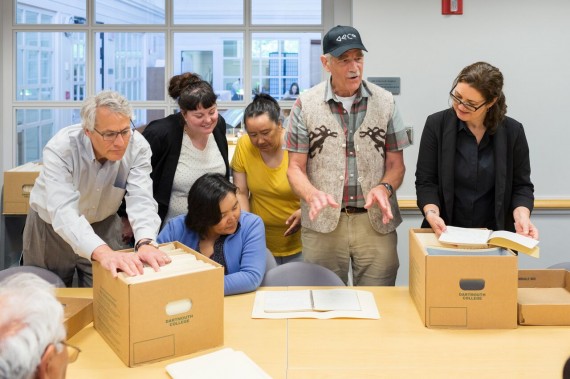 Inuit bones will be returned to the Hudson Bay coast this summer, after having been removed by an archeologist more than 50 years ago.

Elmer Harp collected the bones from two graves while travelling along the eastern Hudson Bay coast, between Umiujaq and Kuujjuaraapik in northern Quebec, in 1967.

Bad weather had forced Harp’s team to stop for camp at a site where they discovered and dug up two traditional Inuit graves. The bodies were covered with a large pile of rocks.

One grave held a single skeleton under a layer of spruce logs and rocks. The other contained a mixture of bones from at least six bodies.

Harp selected a sample of bones from both graves and brought them back to Dartmouth College in New Hampshire.

Recently, the Dartmouth forensic anthropology lab identified these bones as belonging to at least one baby, one small child, two adult males and two adult females.

When Harp died in 2009, the human remains were discovered by his son, who had accompanied his father as a boy during the 1967 field season. The son notified Dartmouth College, which then contacted Smithsonian archeologist William Fitzhugh, who got in touch with Tommy Weetaluktuk, an archeologist with Avataq Cultural Institute.

In June, Avataq representatives and archeologists travelled to the Dartmouth College to collect the bones, with the aim of returning them to their original grave sites in August.

The college held a handover ceremony, with speeches and lighting of the qulliq, a traditional lamp. The incomplete skeletons, which had been carefully packaged, were then transferred to the care of Avataq.

Avataq is planning a trip in August with the northern villages of Umiujaq and Kuujjuaraapik, to return to the two original grave sites.

“Since we were very shocked to find out that they were disturbed in the first place, I’m happy we will have a ceremony to put them back,” Padlayat said.

According to Padlayat, it was the commissioner of the Northwest Territories at the time, Stuart Hodgson, who had granted permission to Harp’s team to take the bones back to the U.S. for study. Padlayat read this in the documents that Dartmouth College provided the Avataq team.

“Something like this happening is very rare— almost unheard of. Inuit have never disturbed the graveyards to my knowledge. We consider them to be very sacred to the people and the relatives,” Padlayat said.