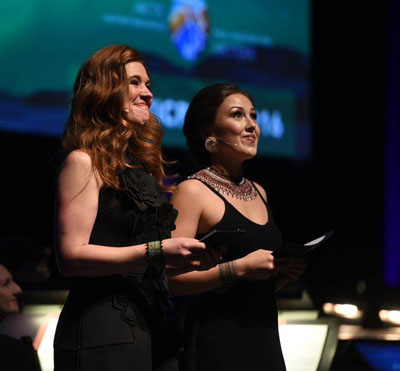 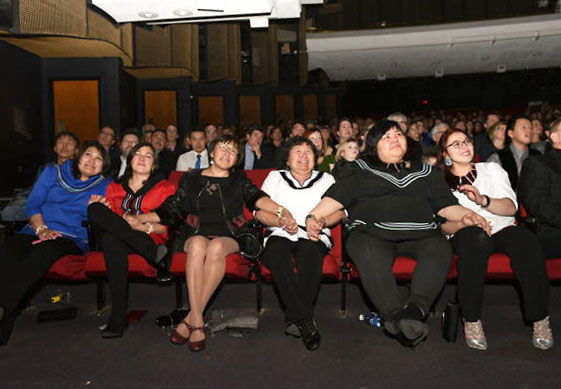 Some of the community leaders who run Qarmaapik house clutch hands nervously during the Dec. 8 awards gala in Winnipeg before the group’s name was announced as an Arctic Inspiration Prize laureate for 2016. (PHOTO COURTESY OF AIP)

If you’re looking for an example of how Northern communities can take charge of their own well-being, look no further than Qarmaapik house.

The family safe house launched earlier this year by community members in Kangiqsuallujjuaq—a Nunavik village of 900 on Ungava Bay—picked up top honours at this year’s Arctic Inspiration Prize gala, taking home the event’s biggest award of $700,000.

The network of community leaders who run the centre, including Kangiqsualujjuaq mayor Hilda Snowball, clutched hands nervously during the Dec. 8 awards gala in Winnipeg before the group’s name was announced.

Team members jumped in celebration at the news of Qarmaapik’s big win.

“This prize is for the children and the youth, for their well-being,” the group said after receiving their cheque on stage.

Qarmaapik family house, which comes from the Inuktitut name for the large, canvas tents Inuit erect in summer months, opened in March 2016.

The centre’s focus is keeping family together, and Qarmaapik’s multidisciplinary team does that by offering health and social services, parenting support and crisis intervention.

It’s the second family house of its kind in Nunavik, and part of a larger, regional project that aims to restore social peace to its 14 communities.

Qarmaapik is also the first Nunavik-based project to be named as a laureate to the Arctic Inspiration Prize, now in its fifth year.

The Prize’s two other laureates, named Dec. 8, include a project called te(a)ch, led by Pinnguaq’s Ryan Oliver. The group has developed computer science-based curriculum to Nunavut schools, which tie in game design, engineering and mental health advocacy. The group received $400,000.

The Arctic Inspiration Prize was launched in 2012 by philanthropists Arnold Witzig and Sima Sharif, who invested in the $1 million prize aimed at growing Arctic knowledge and well-being throughout Canada’s Northern regions.

The prize has grown with financial support from other organizations; AIP announced the 2017 edition of the prize will increase to $3 million. 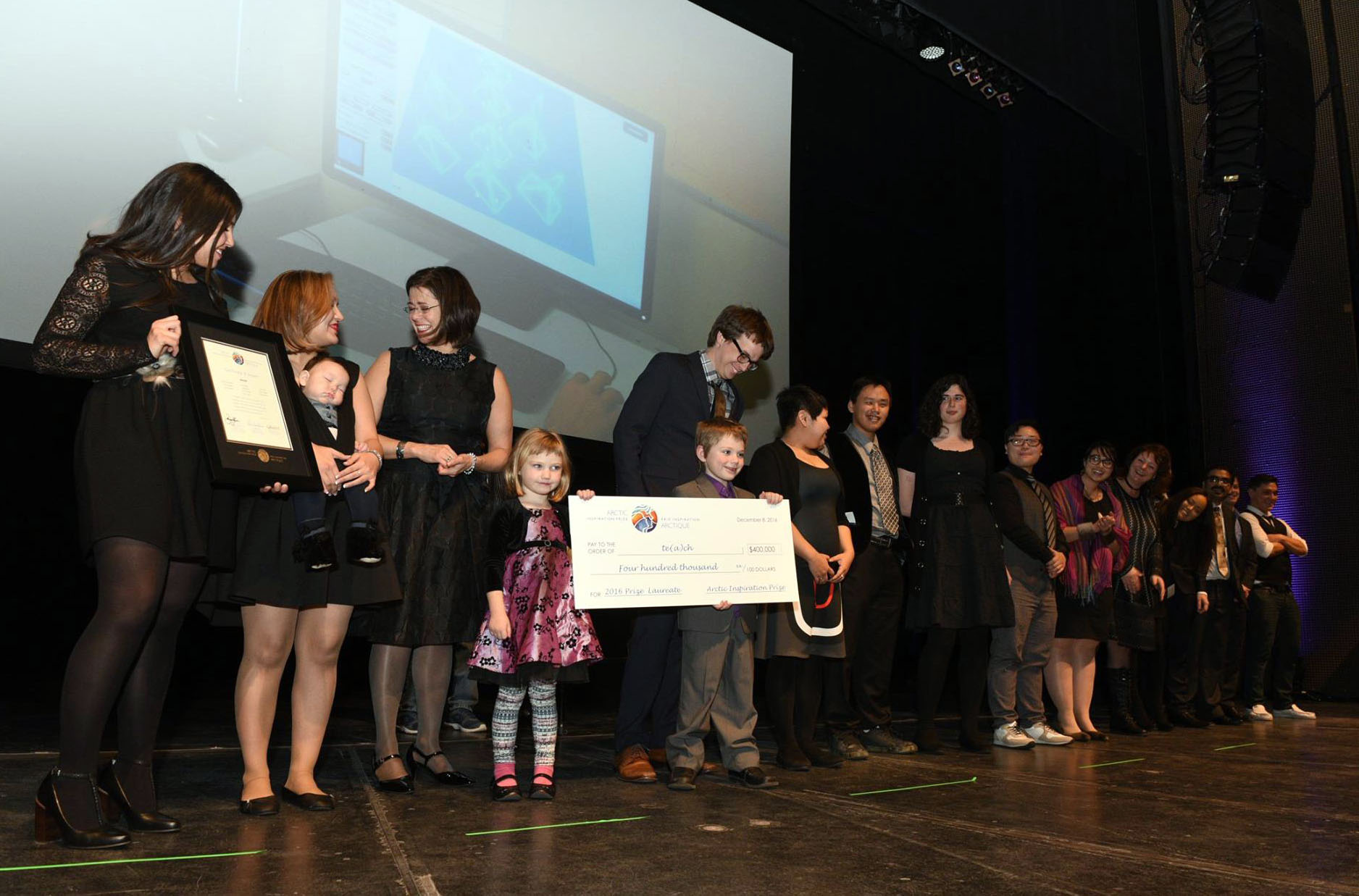 Members of te(a)ch, including Pinnguaq’s Ryan Oliver, were named as an Arctic Inspiration Prize laureate Dec. 8 and awarded $400,000 to deliver their computer science-based curriculum. (PHOTO COURTESY OF AIP)