“One of the fastest growing sports in the region” 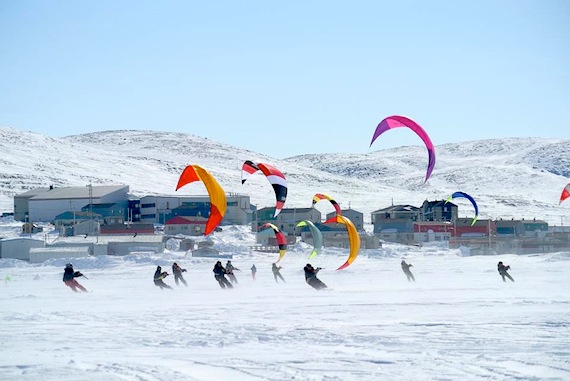 Kite-skiers speed in front of the sea ice in Kangiqsujuaq where the Nunavik kite-ski championship took place earlier this month. (PHOTO BY GEORGE ANAUTAQ PIRLUTUUT)

Under sunny skies and favourable winds, 10 kite-skiers recently took to the ice in front of the Hudson Strait community of Kangiqsujuaq, when the municipality and the Kativik Regional Government’s recreation department hosted the second annual Nunavik kite-ski championship.

From April 11 to April 15, 10 participants,13 and up, from Kangiqsujuaq, Ivujivik, Quaqtaq, Kangirsuk, Kuujjuaq and Kangiqsualujjuaq, competed in different styles of racing.

They also attended workshops on kite-ski safety and riding techniques, club operation, leadership and equipment maintenance and participated in a downhill ski clinic.

“This year’s competition was another success,” said Mary A. Pilurtuut, KRG’s vice-chairperson. “It’s very exciting to see our region’s youth involved in this sport which requires strength, agility and a great deal of determination.”

Rankings for all the competitions combined were:

Introduced in November 2011 by the KRG as a pilot project, kite-skiing is “one of the fastest growing sports in the region,” the KRG stated in a news release.

The Nunavik kite-ski program has been delivered in Kuujjuaq, Puvirnituq, Kangirsuk, Quaqtaq, Kangiqsujuaq, and most recently Ivujivik and Kangiqsualujjuaq. 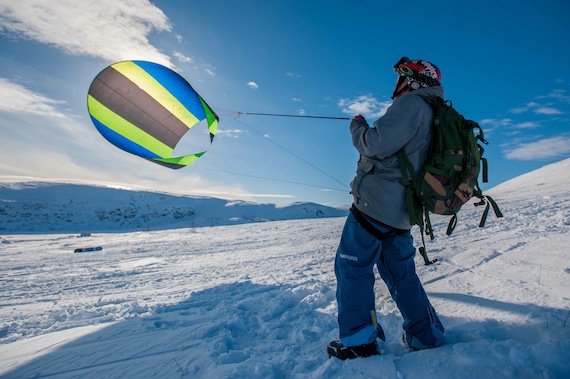 Kite-skier Jobie Unatweenuk learns how to better control his kite during a recent kite-ski clinic in Kangiqsualujjuaq. (PHOTO BY PASCAL POULIN)