Nunavik police look into reported use of date rape drugs

The KRPF has yet to confirm drugs used to incapacitate victims 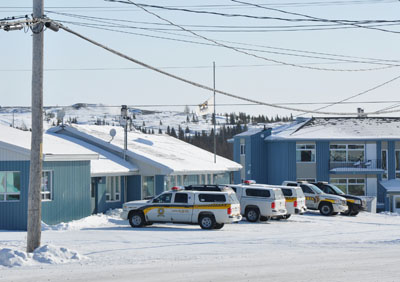 The Kativik Regional Police Force says it is investigating reports of three possible incidents where date rape drugs may have been used to incapacitate victims, all in Kuujjuaq, dating back to April. (PHOTO BY SARAH ROGERS)

Police in Nunavik say they are investigating reports of the use of date rape drugs in the region’s largest community.

The Kativik Regional Police Force says it has looked into reports of three possible incidents in Kuujjuaq dating back to April, where police say drugs may have been used to “obtain sexual favours,” the Kativik Regional Government, which oversees the regional police force, told Nunatsiaq News this week.

But the cases remain under investigation, and police say they have no confirmation that drugs were used to incapacitate victims.

Illegal drugs such as rohypnol, often called roofies, GHB or ketamine are often referred to as date rape drugs because of how easily and discreetly these can be dissolved into someone’s drink.

When combined with alcohol, the drugs can blur a victim’s memory for several hours.

Laboratory tests done in the three cases under investigation have not revealed traces of any of those narcotics, the KRPF said, adding that the force would post a public notice if that were the case.

“Alcohol, however, remains the most consumed substance in the region and it is the main cause of such incidents,” the KRPF said, apparently referring to sexual assaults.

In the meantime, police are warning Nunavimmiut to keep an eye on their drinks when in public and to consume alcohol moderately.