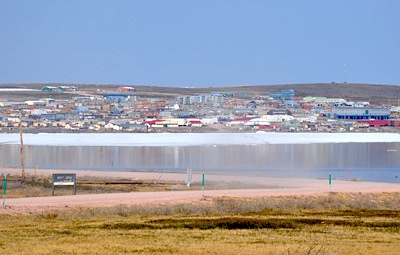 Members of the RCMP in Baker Lake, seen here, arrested the hamlet’s senior administrative officer, who has been charged with fraud and theft, on May 27. (PHOTO BY SARAH ROGERS)

A long-time senior administrator for the hamlet of Baker Lake has been charged with fraud and theft, following the discovery of a large amount of cash in a local residence May 27.

Early May 27, Dennis Zettler called the local RCMP to report a theft from his home.

During the investigation, local RCMP said they found a “large sum of money” within the same home.

That led to the arrest of Zettler, 64, who has worked as the SAO at the local hamlet office over the past 22 years, the Nunavut RCMP said May 27.

Zettler has been charged with one count of criminal breach of trust, one count of theft over $5,000 and possession of property obtained by crime.

The RCMP could not say what was initially reported stolen, nor how much cash was recovered in their search.

Zettler is scheduled to appear in court July 18 in Baker Lake.