“Memorial University is the clear choice as our partner” 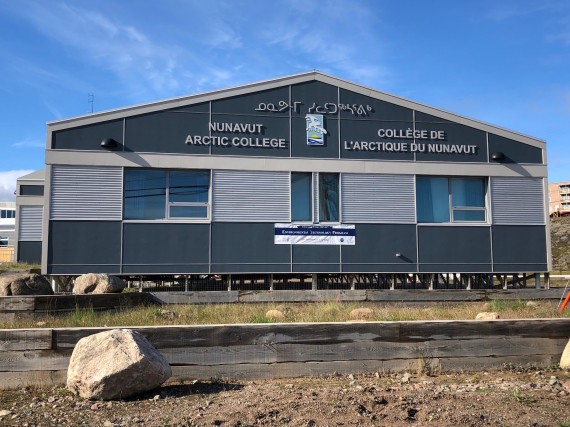 Nunavut Arctic College announced on Thursday, Oct. 18, that it is entering into a partnership with Memorial University. (PHOTO BY PATRICIA LIGHTFOOT)

Nunavut Arctic College announced on Thursday, Oct. 18, that it is entering into a partnership with Memorial University in St. John’s, Newfoundland-Labrador, following a “comprehensive, competitive process,” according to a joint news release.

This partnership will be much more comprehensive, according to Jesse Jacobs, the college’s director of policy and strategic planning, in that it will allow the college to build internal capacity through learning from Memorial University, for example, about improving student recruitment and retention and marketing of programs.

The partnership will also allow the college to develop a new suite of courses.

One example, which Jacobs emphasized is at a preliminary design phase, would involve converting the current two-year diploma in social work offered by the college to a four-year Bachelor of Social Work, through the addition of two years of courses provided by Memorial University.

The announcement is a culmination of a three-year project that began with a feasibility study to determine whether Nunavut had the resources and market potential to create its first university, which concluded that partnering with an existing university was the best approach.

Education Minister David Joanasie was quoted in the release as saying “Memorial University is the clear choice as our partner due to its history of engagement with communities, its commitment to learner excellence, and its international reputation for research.”