No one was injured in early morning altercation in Igloolik 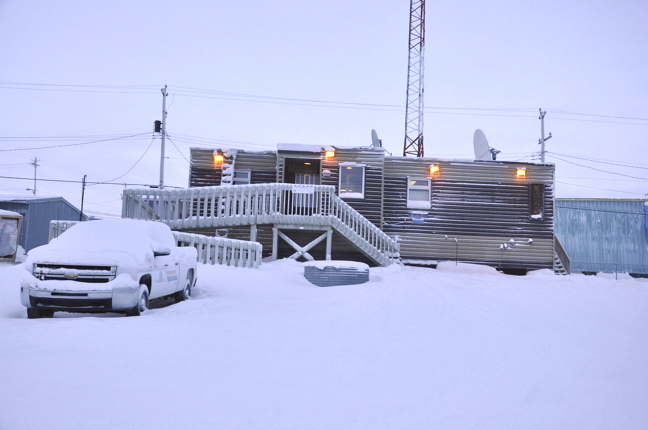 RCMP responded to a domestic dispute at the Igloolik home May 27. When officers arrived, police said they were confronted by a 23-year-old man pointing a firearm at them. He later surrendered peacefully. (FILE PHOTO)

Nunavut police arrested an Igloolik man May 27 for allegedly threatening RCMP members and for firing his weapon inside a residence where a number of people were at home.

Early May 27, at about 4 a.m., the RCMP responded to a domestic disturbance at an Igloolik home. When officers arrived, police said they were confronted by a 23-year-old man pointing a firearm at them.

Police left the home and began negotiations with the man over the phone in an effort to de-escalate the situation, the RCMP said in a May 28 release.

Two hours later, just after 6 a.m., police said the man walked out of the residence and surrendered, without incident.

An investigation later revealed that the armed man had fired his gun inside the home—there were seven other people in the residence at the time.

A family member intervened and took the firearm away, at which point the suspect surrendered, police said. No one was injured in the incident.

Idlout remains in custody and is set to appear June 6 at the Nunavut Court of Justice in Iqaluit.

This is the second volatile firearm incident in the Baffin community this month.

On May 2, RCMP members responded to a call at a residence where they found a 16-year-old youth pointing a firearm at another person.

The youth was quickly disarmed before the firearm could be discharged and before anyone got hurt, police said.

“The RCMP want to remind everyone that proper storage and handling of firearms is required to ensure you are following laws and for the safety of everyone around you,” Nunavut RCMP said in the May 28 release.