“As the minister I see the reports, and we’re improving” 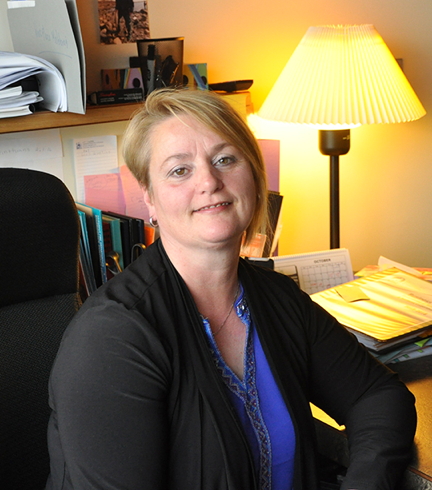 The Government of Nunavut is not adequately addressing workplace conflicts within the public service, Iqaluit MLA Pat Angnakak said Oct. 22 at the Legislative Assembly in Iqaluit.

“The system and process that we have for resolving disputes, conflicts and grievances has to have the trust and confidence of its participants, and that trust and confidence is currently lacking,” Angnakak, the member for Iqaluit-Niaqunnguu, said in a member’s statement.

Widespread nepotism and favouritism in hiring, especially for casual employees, and ineffective processes aimed at resolving workplace conflicts are detracting from the “hard work and dedication” of most GN employees who strive to make Nunavut a better place, the MLA said.

“I think that we can make a step in the right direction by not pretending that things are just fine and that anyone who complains is simply a troublemaker,” she said.

But during question period, Peterson suggested the picture isn’t as bleak as Angnakak paints it, and that human resource issues in the GN are “improving.”

“There were almost 13,000 applications for 433 jobs last year, so somebody wants to work for the [GN],” Peterson said.

Nunatsiaq News interviewed Angnakak for a recent two-part series that looked at workplace harassment within the GN.

In that series, three former employees said senior managers bullied them out of their jobs and left them with serious, long-lasting health problems.

In the legislature Oct. 22, Angnakak said dissolving the standalone human resources department in 2012 is likely adding to the government’s staffing problems and failure to adequately address workplace conflicts

The GN restructured itself in 2012, folding some human resources tasks into the Department of Executive and Intergovernmental Affairs and other tasks into the finance department.

A critical report by the Auditor General of Canada in 2010 on the performance of Nunavut’s human resources department led, in part, to that change, which Angnakak said has caused “lost focus.”

“Training and development are in one area, but staffing is in another. These things are fundamentally linked, and I will continue to push for this matter to be reconsidered before the end of our term,” Angnakak said.

During question period, Angnakak asked Peterson about a number of Department of Human Resources reports which she said were being tabled in the legislature later than in previous years.

“Would the minister acknowledge that the elimination of the Department of Human Resources has had a negative impact in a significant number of areas, including accountability to the Legislative Assembly?” Angnakak asked.

Peterson, who earlier pointed out that his department has not missed deadlines for any reports mandated by law, said things are getting better.

“Every government department has a human resources person now… As the minister I see the reports, and we’re improving,” he said.

Peterson, who admitted legislators have been hearing about human resources “issues…for many years,” said there are two sides to every story, including the stories of Angnakak’s constituents who complain about unresolved workplace conflict.

“I have been… reading the online posts that are very negative and nasty posts about the very hard-working employees of all government departments,” he said, presumably referring to the nearly 170 comments Nunatsiaq News‘ two-part series inspired online.

But many of those comments described present and past civil servants’ experiences with harassment within the GN in more neutral terms than Peterson suggested.

One commenter identified himself as Bill Riddell, saying in his eight years of service to the GN he worked as a fair practices officer and residential tenancies officer.

“During those times I witnessed a genuine attempt by managers to find the real facts, but I also witnessed harassment and sneaky strategies to drum people out or cover up blatant and emotional bullying by some top bureaucrats,” Riddell wrote.

“There are many people who have felt the impacts of [workplace] mobbing, who are still afraid to speak out about it,” another commenter wrote.

“It’s time to end the era of workplace abuse and bullying!” a third commenter wrote, adding, “Keep talking everyone! People who haven’t had a chance to voice themselves, this is also an opportunity for you!”

The series has also inspired a Facebook group, though that group hasn’t attracted many members to date.