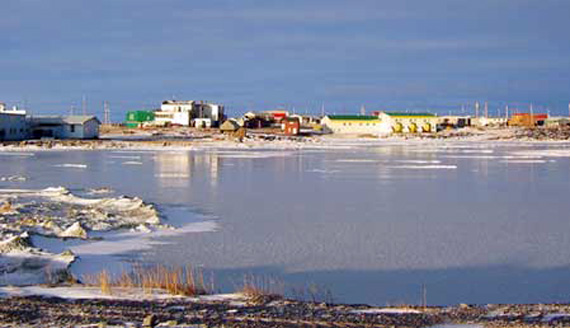 RCMP in Chesterfield Inlet said the detachment received a call about the animal attack sometime after 1:00 p.m. June 6. A four-year-old girl later died from her injuries. (FILE PHOTO)

A child in Chesterfield Inlet died June 6 after being mauled by a dog in the Kivalliq community.

First responders arrived and took the young girl to the community health centre, where the four-year-old was pronounced dead.

Local officials said the dog was tied up at the time it attacked the young girl, and later put down by its owner.

Police have not said if any charges have been laid in connection to the mauling.

“I’m sure all of you are aware of a very bad situation that happened in Chesterfield Inlet yesterday, of a girl who was mauled by a dog and died tragically,” he said.

Sadly, this is not Nunavut’s first dog attack on a child — another four-year-old was killed in Pangnirtung after he was attacked by sled dogs in 2010. No charges were ever laid against the dog’s owners in that case.

And in Nunavik in 2014, a four-year-old girl died after being attacked by a dog in the Hudson Bay community of Puvirnituq.

Chesterfield Inlet’s senior administrative office, Rick Van Horne, said this is the first time a dog in the community of about 400 has attacked a resident in recent memory.

“We’re all kind of reeling from this,” he said. “The hamlet is here to support the family as much as we can.”

Van Horne said the hamlet is responsible for destroying stray dogs but added that the community hasn’t had any other problems with aggressive or loose dogs.

“If they’re tied up, they’re the responsibility of the owner,” he said.

“If there is a dog that is loose, we’ll do everything in our power to catch them.”

When stray dogs are picked up by hamlet staff, workers will make every effort to contact the dogs’ owners, Van Horne said, but in the majority of cases, the animals are destroyed.