“It’s so important for those of us who have a little extra, to share with those who may need it” 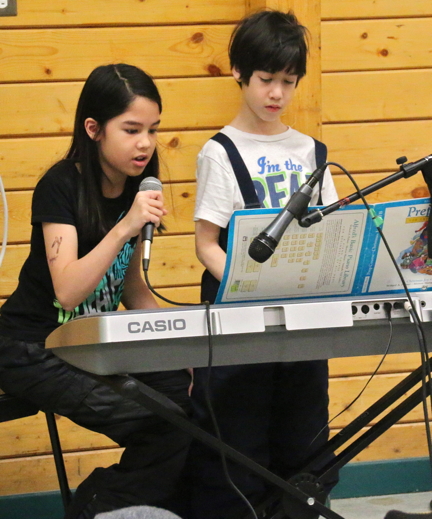 Brother-sister duo Janae and John MacIsaac sing Christmas songs to an audience of more than 100 people during the open-mic portion of a coffeehouse fundraiser for the food bank in Cambridge Bay Nov. 29. (PHOTO BY KELCEY WRIGHT) 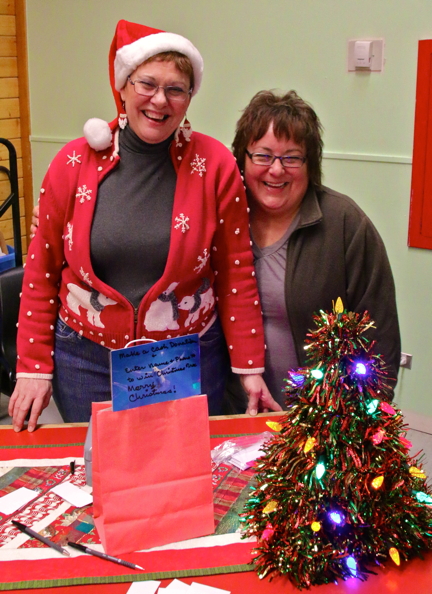 CAMBRIDGE BAY — It was beginning to look a lot like Christmas in Cambridge Bay this past weekend.

On Nov. 29, the town’s popular annual Santa Claus parade got everyone into the spirit and then residents flocked to the community hall for a pre-Christmas coffeehouse fundraiser for the local food bank.

“This is the first year we attached a coffeehouse with the parade,” said Angela Philips, a co-host for the event. “But I think it turned out really well.”

Well indeed: the group managed to raise $3,100 which will be passed on to the Cambridge Bay food bank.

The five-float parade began at 1 p.m. and marched down the main street which was lined with parked cars filled with local families.

“We’re such a small community that lots of people support fundraisers like this,” said Philips, who has been organizing these events for about eight years with the help of Andrew Pokiak, Pam Langan and Ernie Leblanc.

“It’s nice to help the food bank, particularly around this time of year.”

Many community members donated cookies, brownies, cake, dessert squares and even chili to sell to community members. All proceeds from the coffeehouse will go directly to the food bank, located at the Wellness Centre.

To make the event even more special, Vicki Aitaok, the owner of the airport’s Arctic Closet, brought her espresso maker.

“There’s no other cappuccino and latte machine in town, so now even people who can’t make it out to the airport can get a chance to try some,” said Aitaok, who is donating 50 per cent of her earnings from the coffeehouse to the food bank. “It’s been really fun today.”

Two separate local bands took to the stage to fill the air with upbeat, Christmas music.

While the bands took breaks, organizers hosted an open-mic event. Kullik Ilihakvik elementary school brother-sister duo Janae and John MacIsaac took over the keyboard and microphone and showed off their musical talents to the large crowd.

The coffeehouse closed around 4 p.m. at which point organizers knew it had been a successful year.

“We didn’t have a specific goal. We aren’t buying a piece of equipment or a trip out or something. We just want to raise as much money as we can for the food bank,” said Philips.

“It’s so important for those of us who have a little extra, to share with those who may need it.”