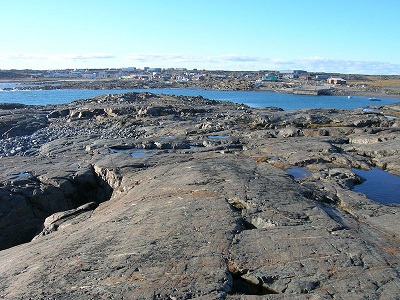 Following the discovery of coliform bacteria in the local water system, Whale Cove residents are being advised to boil their water before consumption, the Government of Nunavut said Aug. 15. (PHOTO COURTESY OF HAMLET OF WHALE COVE)

The community of Whale Cove is back on a boil water alert.

Following the discovery of “unacceptable levels” of coliform bacteria in the local water system, all residents of the Kivalliq community are being advised to boil their water before consumption, the Government of Nunavut said in an Aug. 15 release.

Although the bacteria occurs naturally in plants, soil and in the digestive tracts of humans and animals, humans are at risk of contracting illness from water-borne coliform.

The GN departments of Health and Community and Government Services are investigating the source of the bacteria.

In the meantime, the community’s 400 residents should let water boil for a minimum of one minute before it is consumed.

Throughout that summer, government crews steam-washed the facility and shock-chlorinated the community’s water trucks in the hope of finding the source of the bacteria. The GN even sent divers into the water plant to disinfect its intake pipe.

But the source of the coliform was never determined.

Hamlet officials believe the bacteria could have entered the water system in the early summer on 2015, when the Kivalliq region saw a lot of rainfall.