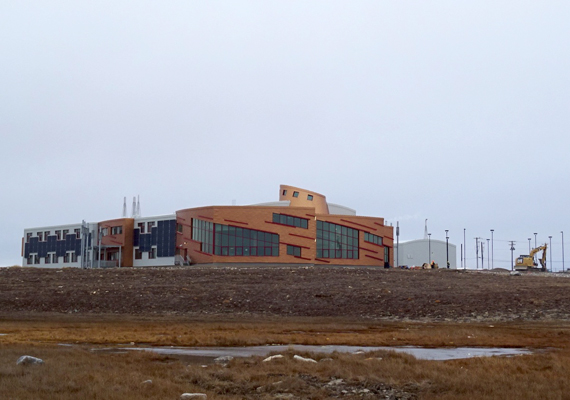 Two companies that worked on construction of the Canadian High Arctic Research Station in Cambridge Bay have been fined after pleading guilty to safety violations. (FILE PHOTO)

Two subcontractors that worked on construction of the Canadian High Arctic Research Station, or CHARS, in Cambridge Bay have been fined thousands of dollars after pleading guilty to safety violations that resulted in the injury of a worker in 2015.

Kitnuna pleaded guilty for failing to take all reasonable precautions and carry out all reasonable techniques to ensure the health and safety of every person in the establishment, under the territory’s safety legislation.

Best Choice Construction was fined $15,000 and a $1,000 victim-of-crime surcharge after pleading guilty for failing to ensure the adequate instruction of each worker in the safe performance of their duties, under the Safety Act.

The guilty pleas stem from an August 2015 incident in which a worker was injured on site at the CHARS construction site.

According to the WSCC’s statement on Tuesday, March 20, the remaining charges were dropped after Kitnuna and Best Choice Construction agreed to a plea deal.

“Workplace incidents are always preventable. Employers must take the time to train workers and outline potential hazards to ensure a safe workplace for all,” Dave Grundy, WSCC’s president and CEO, said in a statement.

“All workers—whether new, young, or returning—must be fully trained in safe work procedures and how to safely operate equipment and machinery before they begin work. If a worker is ever unsure, it is their right to refuse unsafe work.”

CHARS is a $204-million project built by the federal government to house scientists’ offices, laboratories, a traditional knowledge centre and community space. It will act as a hub for Arctic research in Canada.

The station was originally scheduled to open last summer, but that grand opening has faced numerous postponements and currently does not have an official opening date.