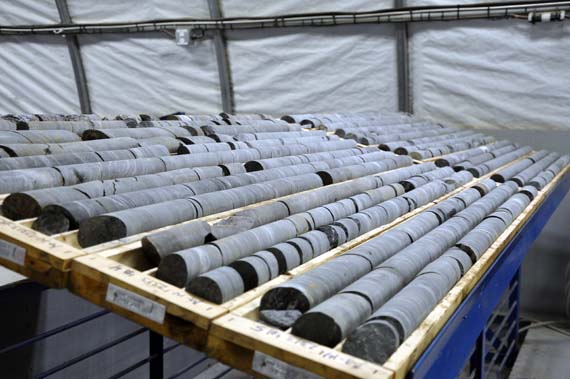 The core shack at Meliadine, which stores core samples from exploratory drilling that are logged and sent south for testing. (FILE PHOTO) 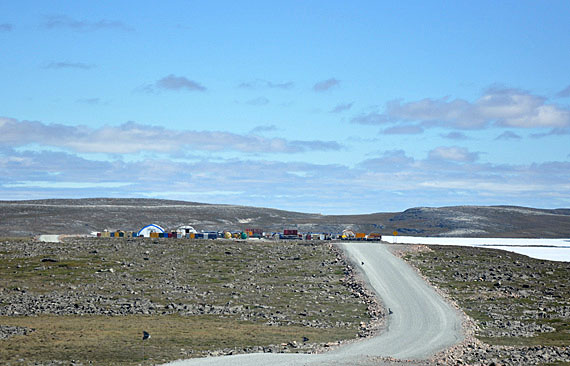 An exploratory drilling camp near Agnico Eagle’s Meadowbank mine. (PHOTO BY SARAH ROGERS)

Despite softening gold prices, Agnico Eagle Mines Ltd. posted net income of $37.7 million in the second quarter of 2014, a big improvement over the $24.4 million net loss they reported for the same period in 2013, the company said July 30.

This means that for the first six months of 2014, Agnico Eagle recorded a net income of $146.5 million.

They attribute those results to higher ore grades at the Meadowbank mine near Baker Lake, which is expected to operate until at least 2018, and production from other mines in its portfolio.

At the same time, Agnico Eagle is doing exploratory drilling at two new properties near Meadowbank.

They acquired one of them, a 408-square-kilometre piece of Inuit-owned land about 50 km northwest of Meadowbank called “IVR” in April 2013 and reached an exploration agreement with the land-owner, Nunavut Tunngavik Inc.

Agnico Eagle evaluated the site between July and October of 2013 and continued test drilling in 2014, when core samples revealed ore grades of between 3.7 and 27.6 grams per tonne.

Because of those results, along with promising results from deep test drilling at the company’s mine in Kittila, Finland, Agnico Eagle has become more optimistic about its Arctic operations.

“Although it is still early days, the new IVR discovery and the deep drill hole at Kittila could represent exciting new developments for our northern business platform” Sean Boyd, Agnico Eagle’s president and chief executive officer, said in a news release.

That property lies about 35 km south of Meadowbank, straddling the road that connects the mine to Baker Lake.

Agnico Eagle can earn a 70 per cent interest in Greyhound by making another $250,000 in cash payments and doing another $5 million worth of exploration. The company began test drilling there this month.

At for its Meliadine site near Rankin Inlet, the company has done 118 test drill holes in 2014 and extended its underground ramp by 527 metres.

As a result of this work, they expect to expand their estimate of Meliadine’s gold resource later this year and say they will release an updated technical study in late 2014.

The company’s final environmental impact statement for Meliadine now sits before the Nunavut Impact Review Board, with final hearings scheduled for Rankin Inlet from Aug. 21 to Aug. 27.

The NIRB could issue its recommendation on Meliadine to the federal government by the end of this year, with a project certificate possible by early 2015.

Agnico Eagle has yet to make a final decision on constructing a mine at Meliadine.

That would likely come after a feasibility study due by the end of this year. After that, construction could likely start in 2017, with gold production starting in 2019.