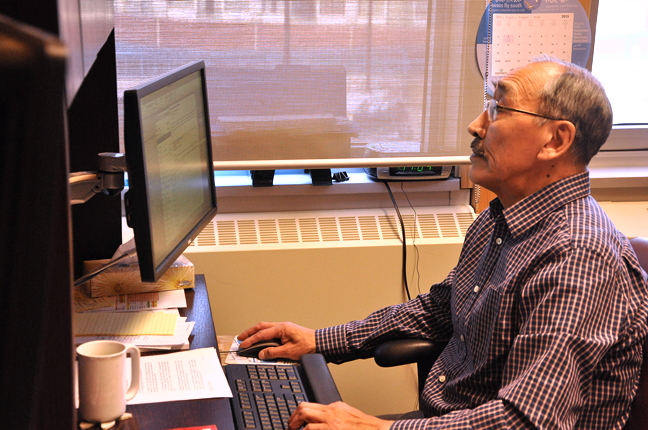 Nunavut’s Department of Education has contracted a policy analysis firm to review the Nunavut Teacher Education Program and help map out a strategy to recruit more Inuit teachers for the territory’s schools.

Education Minister Paul Quassa told members of the legislative assembly March 6 that the Vancouver-based Directions Evidence and Policy Research Group will review NTEP and provide recommendations “on how the Nunavut Teacher Education Program can be expanded” to attract more teacher-trainees throughout the territory.

The department expects the review to be completed by June this year, Quassa said.

Quassa acknowledged last month in the assembly that the teacher education program hasn’t attracted enough Inuit teacher trainees to fill the demand for teachers in Nunavut schools overall, and in particular, not enough trainees who want to teach in the Inuit language.

The shortage is preventing the department from achieving fully bilingual education from kindergarten to Grade 12 by 2020.

In question period, Quassa noted that the Government of Nunavut must make the Nunavut Teacher Education program—which runs under Nunavut Arctic College—more accessible to applicants from all communities of the territory.

“Too few students are applying for the program,” he said, partly because applicants are unwilling or unable, financially, to move to the largest communities where the college offers NTEP.

“Sometimes some people are interested in applying, but they don’t want to move to the larger communities.”

Quassa said he hopes the NTEP review will point to solutions to overcome the barrier, and draw more trainees. One solution could be to introduce a more condensed program “so that teachers can be trained in a shorter timeframe,” he said.

Nunavut also needs more Inuit and Inuktitut-speaking teachers to teach at higher levels, from middle school through to Grade 12, and the Department of Education needs to determine “whether further studies would be required to attain that,” Quassa said.

Those barriers include “language, academics, financial, family and housing issues, as well as the lack of knowledge of post-secondary programs, such as Nunavut Teacher Education Program,” Joanasie said.

Quassa acknowledged he had read the document, and would consider its recommendations once the policy research group completes its study.