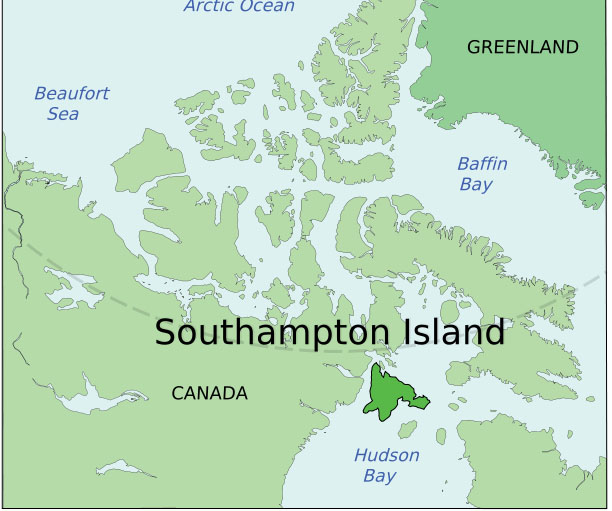 The Government of Nunavut proposes an increase in the total allowable harvest of caribou on Southampton Island from 800 to 1,600 animals per year.

The Government of Nunavut recommended an increase from 800 to 1,600 in the total allowable harvest of caribou on Southampton Island, at a Nunavut Wildlife Management Board regular meeting Sept 23.

The recommendation follows a survey, conducted by the Department of Environment, which determined the population of caribou on the island grew from 7,287 in 2013 to 12,297 this past May.

Caribou populations on the island have been struggling with a reproductive disease known as brucellosis, and the herd population has been in constant decline since 2003.

The survey marks the first substantial caribou population growth on the island since that period.

Surveyors observed an increase in caribou calves on the island between 2012 and 2013 which suggests that brucellosis may be less of a factor now.

The Department of Environment warns however that the rebound may only be the result of an “emigration event” from mainland Nunavut observed by hunters in the winter of 2014.

The previous quota of 800, an interim number determined by the board, expired in June.

Legally, no limit on the amount of caribou hunted has existed since that time.

Environment department officials say they are concerned for the population, as the hunting season approaches, if the board is unable to approve their recommendation.

“From a short period of time, from June to now, its not that big of a deal, but if no decision is made and we get into winter when access is better for people, it could have a major impact,” said the environment department’s director of wildlife management Drikus Gissing to the board.

Further complicating issues is the growing export of caribou meat out of Southampton and the Kivalliq region, mostly to Baffin Island.

The GN officials hope that the new 1,600 figure will give local HTOs some legal leverage if exports get out of hand or begin to threaten the recovering caribou population on the island.

“We have some information received from the HTO’s in that region [Kivalliq], that identified very large numbers of caribou. In one community over 2,000 caribou is an estimate that had been sold and transported to Baffin in just a two-month period,” said Gissing.

“Its legal, there’s nothing illegal about it, but we really need to get a handle on it.”

NWMB chair Ben Kovic understands the use of a numerical limit to a hunt, but expressed his desire during the hearing for more work to be done by the GN, in cases like Kivalliq, to control over-hunting.

“I feel that the government needs to do a little more than work with the HTO, instead of just saying ‘here’s your 30 or your 250 and do what you want’,” said Kovic.

The NWMB will meet in private Thursday to debate the issue.