If approved, Repulse Bay would become Naujaat in 2015 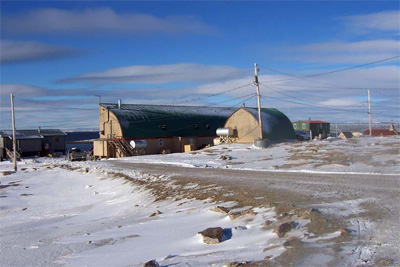 If approved, a request to change Repulse Bay’s name to Naujaat would come into effect in June 2015. (FILE PHOTO)

The Government of Nunavut’s Department of Community and Government Services says it has submitted a request to cabinet from the Hamlet of Repulse Bay for a name-change.

And that should be decided in the coming weeks, the department told Nunatsiaq News in an email.

During a plebiscite held last May, residents of Repulse Bay voted in favour of reverting back to the hamlet’s original name, Naujaat, which in English means, “nesting place for seagulls.”

The vote was non-binding, held to give hamlet officials a sense of where the community stood on the issue.

The following month, the hamlet council passed a motion to make a formal name change and submitted that request to Nunavut’s minister of Community and Government Services, Tom Sammurtok.

Nunavut’s Cities, Towns and Villages Act states that if the minister considers the name change “to be in the public interest,” the minister, after cabinet approval, may order the change.

The GN has not offered a timeline for when the request could be processed, a hamlet official said.

But if approved, it is likely that the name change would officially take effect July 2, 2015 — the date the hamlet requested, CGS said in an email.

That coincides with the hamlet’s original incorporation date and its annual hamlet day festivities.