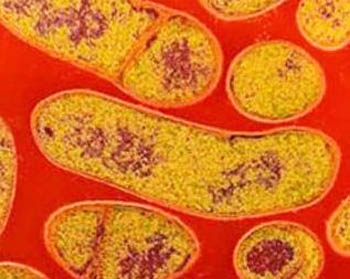 You can’t taste it or see it, but botulism bacteria can kill you if they’re in the meat you consume. (FILE PHOTO)

It’s harvest time for many sea mammals in the Arctic and if you plan to ferment walrus, seal or beluga meat, be mindful of the best ways of storing and aging meat.

That’s because the bacteria that cause botulism are naturally found in walrus, seal and sometimes whale, and if aged meat isn’t prepared or stored in the correct environment, botulism bacteria can cause toxins to form.

This can lead to sickness, paralysis or even death, Nunavut’s health department warned Aug. 16.

When storing and preparing aged meat it’s important to:

• remove the stomach and intestines of seal, whale and walrus right after harvesting;

• store raw meat and fat in cold conditions (4 C or colder;) and,

• age country food in a cool place that lets air in.

Do not age meat in closed containers, the GN said—and plastic containers and plastic bags should not be used to age country food.

You should also keep any leftovers in your refrigerator and cook leftovers (like seal broth, seal stew) for at least 10 minutes before serving again.

If you are unsure if your meat is safe, or have any questions, you can go to this fact sheet prepared by the GN or contact your regional environmental health officer.

This past July, in Nunavik, health officials confirmed that beluga meat consumed in Inukjuak had been infected with the bacteria that causes botulism.

Botulism is believed to have killed an Inukjuak woman in her 50s on July 8 and infected the woman’s daughter, who was treated in a Montreal hospital and later released.

Symptoms of botulism can include:

• dryness in the mouth, throat and nose and difficulty in swallowing and speaking;

• paralysis that starts in the shoulders and arms and moves down the body.

Symptoms of food borne botulism generally begin 12 hours to 36 hours after consuming contaminated food. But onset can begin as soon as six hours after exposure or as long as 10 days later.