But no change to gasoline, naphtha, avgas 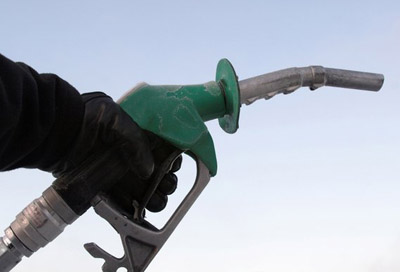 There will be no change to gasoline, naphtha or avgas prices in Nunavut, but Lorne Kusugak, the minister of Community and Government Services, said Oct. 30 that the GN will hike prices for jet fuel and diesel. (FILE PHOTO)

As of Nov. 1, the Government of Nunavut will raise prices for jet fuel and all diesel products, including heating oil, Lorne Kusugak, the minister of Community and Government Services announced Oct. 30 in the legislative assembly.

These represent the first GN fuel price changes since January 2017, when the territorial government dramatically reduced prices for most types of fuel and created uniform prices in each of the three regions. (See price list embedded below.)

Kusugak said that’s because global crude oil prices are rising to their highest levels since 2014.

“There are many reasons for this. Geopolitical factors such as U.S. sanctions on Iran, supply disruptions in Venezuela, as well as continuing conflicts in the Middle East have caused oil prices to rise internationally,” Kusugak said.

However, Nunavut’s gasoline prices are still comparable to those in other jurisdictions.

On the day Kusugak made his announcement, a Shell station in Ottawa was selling regular gasoline at $1.129 per litre.

But in January 2017, the GN’s price, still unchanged, for Baffin region communities outside Iqaluit, was set at $1.1158 per litre, all taxes included.

“Since 2014, Nunavut has enjoyed some of the lowest and most stable fuel prices in Canada,” Kusugak said.

The GN’s diesel and jet fuel price increases work like this:

• An increase of 10 cents per litre for jet fuel, throughout Nunavut, excluding Iqaluit.

• An increase of five cents per litre to all diesel products throughout Nunavut, excluding Iqaluit;

• Increases of 15 cents per litre to jet fuel and diesel heating fuel in Iqaluit.

While the GN set uniform prices in 2017 for each of the three regions, in Iqaluit, the territorial government now allows a privatized retail market for gasoline and diesel used in vehicles.

That means that in Iqaluit, the prices for those fuels are set by individual retailers.

Kusugak’s CGS department runs the Petroleum Products Division, the GN entity that buys Nunavut’s entire fuel supply, transports it to the territory each year via ocean-going ships and barges, and distributes it throughout the communities via contractors. The PPD also sells fuel to the Qulliq Energy Corp.

“Mr. Speaker, our government remains committed to supporting families and communities in being economically viable and resilient in the face of an ever-increasing cost of living,” Kusugak said.